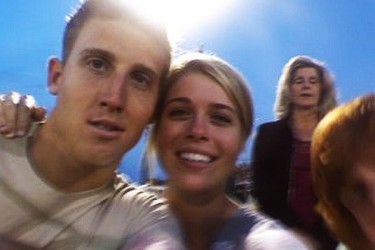 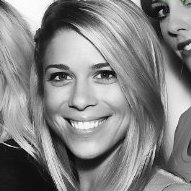 Kirk Nieuwenhuis’ wife Bethany Nieuwenhuis is a bubbly young lady who wed dear old Kirk late in 2013. She’s what I would call a “sharp Californian,” which means she leans toward a progressive and open attitude towards social issues and has a free-wheeling approach to life. That’s a good thing for a player’s wife because it lends her some flexibility when she finds herself in different living situations. Being able to adapt is important when you’re traveling and relocating all the time.

The couple is now entrenched in the “new puppy” phase of the relationship, as Kirk Nieuwenhuis’ wife Bethany has shown off their young German Shepherd to the New York press this year, and that leads to a newborn within two years nine out of ten times. Baseball relationships are very predictable in this way, but for now Kirk and Bethy (as she’s affectionately known as) are running around with a bundle of furry energy only. They were part of a contingent of Mets couples that all got married within a very short time frame in 2013, and they were all part of each wedding. The actual number of marriages that took place in a three-week span for the Mets was four. Those players were Recker, Satin, Lutz, and Nieuwenhuis. That certainly bonded the group together. Kirk and Bethy were lucky enough to stay at Bethany’s aunt’s house in Maui, so it was essentially a free honeymoon. Kirk told WSJ that their ziplining in Maui was “really long. I think it was the longest zipline in Hawaii…She was fine. I’m terrified of heights, but it was OK.” Hey, no one is gonna’ think any less of you for that, pal. Tall places are scary.

Weirdly, Kirk had been to Maui eight times before their honeymoon, and yet it was Bethany’s aunt who has the house there. He was already familiar with many of the fine-dining options available to vacationers, but he told WSJ that he and Bethany were pleasantly surprised to find a great seafood place that he’d never been to. When you’ve been to a city eight times before and you find the best food place so far, that’s a big win. Kirk Nieuwenhuis’ wife has one sweet situation set up with her aunt. All you’ve got to do is set up a switch: the aunt takes their pad for a week, and they take hers. It’s fitting that the couple are such Hawaii fans– Kirk proposed to Bethany on the beach, albeit it was not a Hawaiian beach. 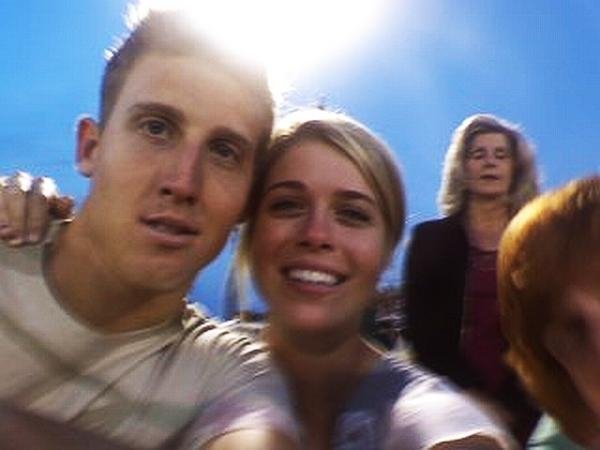