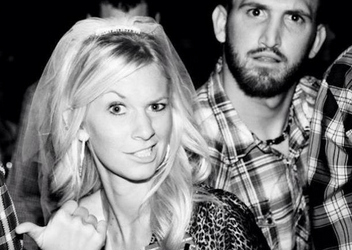 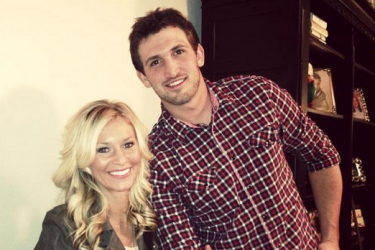 About two years ago the NY Post put out an article about Jon Niese’s wife Leah Niese, and it featured a small bit of information about how she wears the same Mets underwear every time he pitches. The New York Post is not known for nabbing Pullitzers, people. I have to say, I thought this was a pretty weird piece of personal information. I mean, first of all, that underwear has got to be getting kind of old and gross, right? Usually women’s underwear with sports themes are made of light cotton, and it tends to fall apart with repeated use. So if you do the math, Niese has pitched in 155 games as a Met. It just seems like after awhile Leah would give up the practice and put on some newer, cleaner underwear.

Anyway, enough analyzing her weird habits. Let’s talk about how they met (no pun intended). According to that same NYP article, they both attended Bowling Green University, but Jon had already become a pro ballplayer and was only visiting the university while rehabbing a leg injury. See, in these cases, meeting a hot chick and being already being a professional is going to give you a major leg up (no pun intended). I mean, you’re going to appear so much cooler if you’re already a pro as opposed to trying to become one. Leah said she knew she’s spend the rest of her life with him by the next spring. I hate statements like these. Sorry, I’m not busting on Leah here, but they’re simply not logical. But what am I talking about? Wearing the same old panties every time the guy pitches isn’t logical either!

Seriously though, Leah is a beautiful woman who has a lot of enthusiasm for him and the sport. She married Jon in 2013 and grew up about 20 miles away from Jon in Ohio (the land of superstition and product testing). 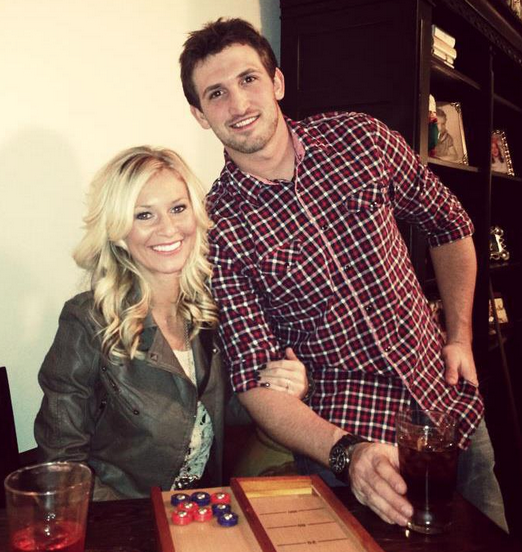