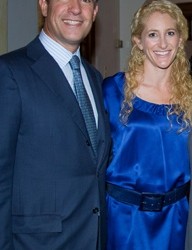 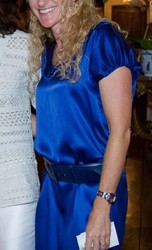 Oh, Jeffrey, Jeffrey, Jeffrey. You have been a bad monkey. Mets co-owner Jeff Wilpon’s wife Valerie Wilpon is probably wishing he had kept his smart little comments to himself. Apparently Jeff has been busying himself with making former Vice President of ticket sales Leigh Castergine feel like filing a full-fledged lawsuit against him.

The reason she’s suing is because Wilpon repeatedly tried to embarrass and humiliate her in front of her peers and co-workers about getting pregnant without being married. According to reports, Wilpon would make nasty little remarks like saying he’s as opposed to putting up e-cigarette ads as he is to Leigh having a child without being married. What an idiot. Jeff, it’s 2014. Wake up or go live in some retrograde commune where you can lord over people’s personal lives like Jan Matthias. Gotta’ be smarter than that, Jeffy boy. I really am curious about what Wilpon’s wife Valerie is thinking about you now.

Valerie herself is likely worried at the prospect of the lawsuit since it may be determined that Castergine was fired wrongfully. Valerie recently did some good work hosting an event to promote Holocaust education programs in Arab and Muslim communities and nations where Holocaust denial has apparently seen an uptick recently. Sounds like a good cause. History is important, and education about important events that shaped history is vital. She seems like a lovely lady, and I would be willing to be she’s pissed (or perhaps disappointed) at Jeff. Valerie is also known to have attended the YWCA Greenwich Brava Awards, which is an awards ceremony for rich people in Greenwich, Connecticut to celebrate and praise folks who give back to the community and help others. Again, Jeff Wilpon’s wife seems like she’s on the good side of the hedges and genuinely interested in being a good person. Jeff just got too mouthy, and now we’ve got a courtoom drama brewin’. 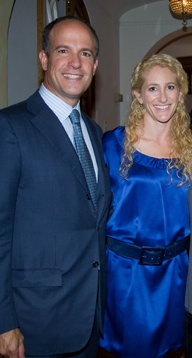