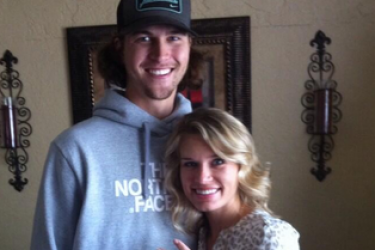 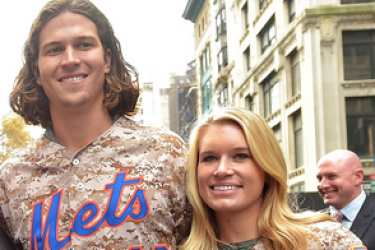 Jacob deGrom’s wife Stacey Harris is the mother of their two children.

Their first child, Jaxon, was born in April of 2016.  Jacob deGrom had been on the shelf for a couple starts with a lat issue.  But, his time away from the team would be extended. On April 16, deGrom was placed on the family emergency list due to complications with Jaxon. There are no details as to the condition of the child. It’s often an empty, vapid colloquialism to say “thoughts and prayers”.  But,  I cannot imagine what Jacob and Stacey went through. Our sincerest thoughts and prayers are with the deGrom’s.

Their daughter, Aniston Grace was born in February of 2018.

Back when days were a little less stressful, Jacob deGrom’s wife Sacey Harris was livin’ the dream. She married the National League rookie of the year Jacob deGrom. As if that’s not enough, she’s sitting next to celebrity chefs and occasionally heading off to Hawaii to catch some rays. What more could you want out of life? TMZ Sports gave a kind of super-excited rush interview before he left for dinner with Stacey.  As usual, the TMZ guy was way over the top and energetic.  Jacob looked a little tongue-tied by the guerilla questioning.

For Jacob deGrom’s wife Stacey, things could not be better. Stacey took part in a Mets community outreach program where she made duct tape wallets, lanyards (I’m not sure what those are), and bags with youngsters. Apparently a lanyard is one of those things that you hang around your neck for your keys. Gym teachers and coaching types use them for whistles too. So she’s already into the giving-back aspect of being a player wife. Helping kids and less fortunate people is one of those great things good sports organizations hook up their players and significant others with.

The couple’s trip to Hawaii is just one of those classic honeymoon destinations that you can’t go wrong with if you’re a valuable athlete. The more you pay, the better your getaway will be– that’s the golden rule of big relaxing vacations. Speaking of value, Jacob is still at the point where he’s getting the rookie bucks even though he’s the rookie of the year. That means he’s being paid $500,000 a year instead of something way higher, which is sure to come. So the Mets right now are getting some great value out of him, and Stacey’s ring is taking up a more significant percentage of his income than it would have had be been in the league a few more years and gotten out of the rookie salary stage. Jacob’s wife Stacey ain’t going anywhere but up. 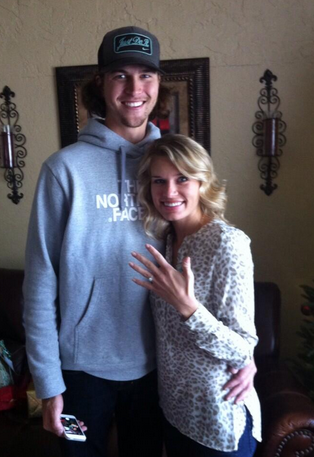