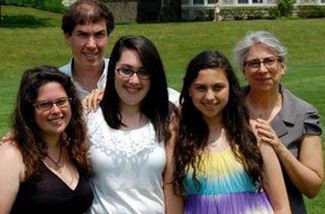 Executive director of MLBPA, Michael Weiner passed away Thursday at the age of 51. Michael Weiner’s wife, Diane Weiner and their three children surrounded Weiner at their New Jersey home at the time of his passing. Weiner was diagnosed with an inoperable brain tumor in August 2012, though managed to work while receiving radiation and chemotherapy. Michael Weiner will be succeeded by Tony Clark who began serving as deputy in July, 2013.

Michael and Diane Weiner met in second grade at Lenox Elementary School in Pompton Lakes, New Jersey. The couple did not begin dating until college, while he was attending Williams undergrad, and she was at Mount Holyoke. Fortunately the 90 minute drive through Western Massachusetts served no obstacle as the two were married shortly after college in 1986. They have three daughters together; Margie, Grace and Sally.

Weiner maintained a positive outlook despite his diagnosis. In an interview with the New Jersey Star Ledger, he explained his outlook on life:

I could wake up tomorrow and have a game-changing symptom or side effect or something like that. So each day, I try to appreciate the people I get to meet, and the things that I get to do, and the opportunities that I have. I don’t know if that can last forever. It’s been a few months since I’ve had the diagnosis. That’s been the approach that I’ve had.

Words to live by.