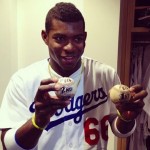 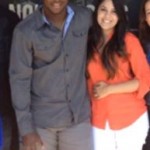 Everyone wants to know about Yasiel Puig’s girlfriend Nicole Chaves. The sports world is buzzing with Cuban sensation Yasiel Puig’s electric debut with the Los Angeles Dodgers. And after four plus years of running this site, we’ve learned one thing: when the sports world buzzes about an athlete, the internet goes buzzing looking for his girlfriend.

After some research, one one tip to our inbox, we think we’ve narrowed things down. While there is officially zero confirmation on this fact, the best information available seems to point to the most recent version of Yasiel Puig’s girlfriend as Nicole Chaves. Nicole Chaves is the daughter of Dodgers minor league pitching coordinator, Rafael Chaves and is rumored to have been dating Puig as recently as spring training of 2013, at which point it was confirmed that Puig did have a girlfriend with him at Dodgers camp in Arizona. There were also rumors floated that the couple was expecting a child together, but no confirmation to that point. Most of what we’ve found seems to indicate that the couple has split (or frankly never was together), which would make sense considering Puig headed off to AA Chattanooga, and Chaves attends Arizona State University.

Again, there is no confirmation that the two are currently, or ever were dating. However, as Puig’s stock and star continue to rise, I’m sure there will be more information to come out. Keep it here for more as it comes. 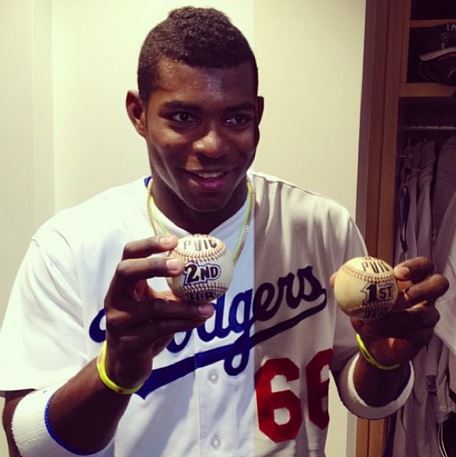