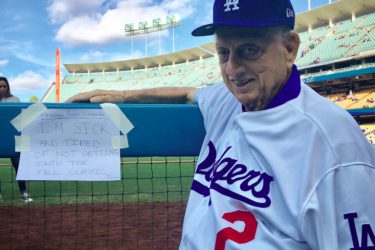 Tommy Lasorda’s wife Jo Lasorda married him on April 14, 1950.  Tommy unfortunately passed away in January, 2021, meaning these two were married for 70 years.   An incredible feat for any couple, say nothing about one who’s been in the public eye for the better of 60 years.

The couple had two children.  Their first son died at the age of thirty-three, though the cause of death is in dispute.  Tommy insisted he passed of cancer, while many indicate it was related to AIDS. There was a long, very well-written article in GQ in October of 1992 about their son, Tommy Jr. Based on the article, Jr. also loved the night life in Hollywood. Since the family lived in Fullerton, California from the late sixties until now, there was plenty of opportunities to experience Los Angeles clubs.

As for Tommy Lasorda’s wife, she also gave birth to a daughter named Laura. She is now 65 years old. I believe that makes her the first child whom Jo gave birth to. She also lives in California near her parents. Laura actually gave birth to a daughter named Emily some time around the late 90’s. But, of course Tommy and Jo took to the grandparents role smoothly. Jo’s full name is actually Joan, and she grew up in South Carolina. Her good friend in high school married Paul Newman. An article by the L.A. Times detailed their early days to their present days goes on to wonder how any relationship could survive that many years.  Especially with Tommy being known to be a bit, shall we say, rough around the edges.

Tommy Lasorda’s wife says she never considered divorce. However, she did consider murder.  Honestly, I get that.  Her mother apparently liked Lasorda when Jo started to date him. She invited him to their house for lunch every day. Tommy told Jo on their first date that he would marry her some day. Yes, this is some hardcore 1950’s stuff. According to the L.A. Times, Jo’s mother also didn’t smile for a month after they married. 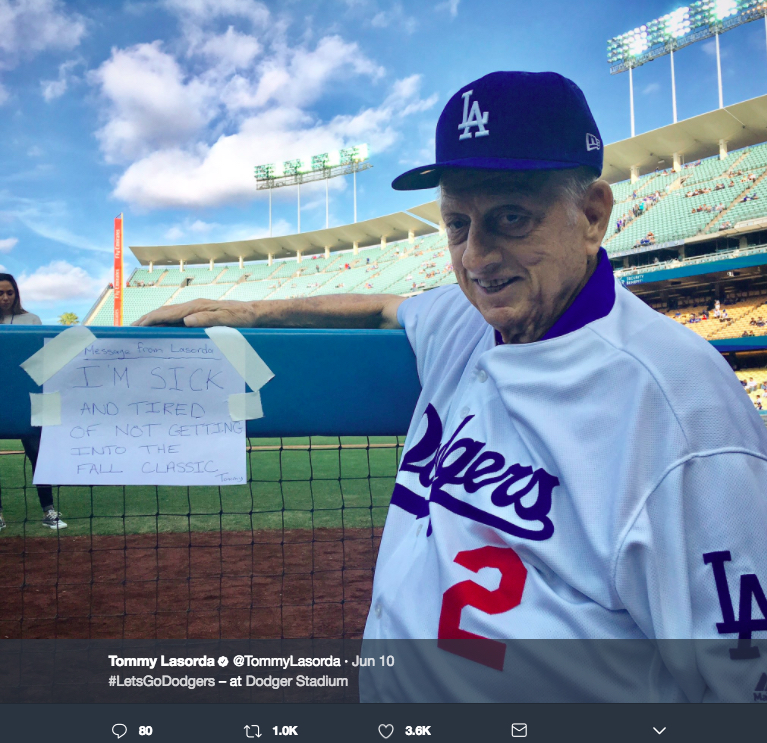