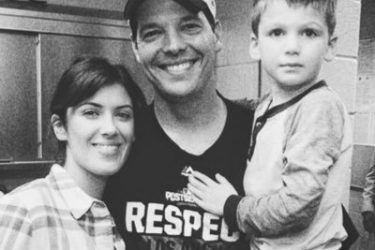 For those who haven’t seen the story yet, The Boston Globe has it covered:

Richard J. Hill, a veteran pitcher for several Major League baseball teams including the Los Angeles Dodgers and the Boston Red Sox, and his wife were arrested outside Gillette Stadium Saturday after Caitlin A. Hill repeatedly tried to enter the stadium with an oversized bag and then refused to leave the grounds when ordered to do so by Foxborough police, police said Monday.

Many media outlets have gotten it by now, but we’ll leave it to Jared Carrabis with Barstool Sports to best weigh in on the situation.

I mean, what an absolute gift this situation would be for so many men out there. If you’re in a relationship that you’re dying to get out of but don’t have the balls to deliver the bad news, this is like hitting the lottery. While the cops are taking your girl away to the clink, you just give her the “Babe, it’s the Pats” shrug. You get to see an awesome game between the Pats and Bills, and you’re free from your awful relationship by the time New England clinches the AFC East again.

But in Rich Hill’s case, we get to play a little hero ball. So, maybe your wife had one too many hard seltzers in the parking lot and she’s feeling a little entitled on her home turf. It happens. But when the fuzz tries to take her away, ol’ Dick Mountain springs into action and gets arrested with her. Do you know what’s hotter than you got arrested for me sex? Nothing. You can’t top that.

Hill later released a statement to Barstool on the situation.

So this doesn’t look like a huge deal, and for once when you see an athlete and wife involved with law, your gut expects the worst.  This tweet sums things up pretty damn well.

It's so refreshing when an athlete gets arrested and it's *not* for beating up someone they care about.

Rich Hill’s wife Caitlin Hill met him in Milton, Massachusetts. They married in 2007. Originally, they met in Milton High School and dated ever since. Rich and Caitlin have one young child. A few years ago, they both lost a two month-old. Since then, they went on with their life as a small family unit and continued looking forward. When they lost their son, Rich took a small amount of time and then rejoined the Red Sox spring training. At the time, he was on Boston, and his parents and grandparents were ecstatic to watch him play.

Rich performed well and signed to the Oakland A’s for six million dollars. That was a quantum leap forward for him and Caitlin. Rich Hill’s wife stuck with him while he played for two thousand dollars a month in the minor leagues. The death of Brooks, their infant son, did not slow down their relationship. I don’t know the couple, but maybe their other son helped them to keep going. It’s possible they didn’t have as much time to dwell on the death since they had to take care of him and provide for him. No matter what kept them moving forward, their story is amazing. They are inspirational, brave, remarkable people. Persevering seems insufficient to describe these two.

Caitlin is very happy in Los Angeles with Rich and their son. Back in 2013, Rich Hill’s wife participated in the Red Sox runway charity show. It’s a fashion show where the Red Sox wives and girlfriends dress up in nice clothes and strut their stuff for various causes. All in all, life really started to improve in baseball during that big Red Sox season. Rich started pumping in the good pitches, Caitlin started dressing up in designer clothes. Who could ask for more? Now, after two moves to Oakland and Los Angeles, things are still going strong. It wasn’t like they were poor before (since Rich signed a few 400 grand contracts), but the seven-figure ones never hurt! 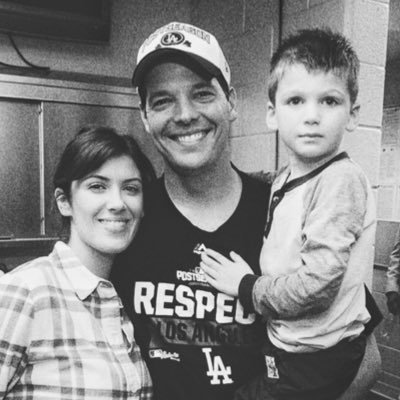