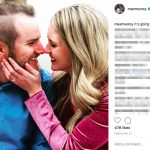 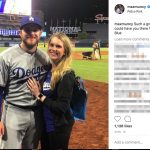 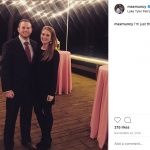 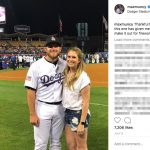 Max Muncy’s wife Kelley Cline has been along for his whole wild journey.

It started long ago.

Max has been through turmoil in his rise to nearly becoming an All-Star for the 2018 Dodgers.  It took a little digging to find out Both Max and Kelley are from Texas.  But as I’ve so often been forced to do writing these posts, I’m leaning some new geography.  Max is from Midland.  And Kelley is from Southlake, Texas.  That is a stunning 5 hour drive.  But, the Texas connection continued, when they both attended Baylor at the same time.

The two have made it work through the multiple stops in the minors and the eventual journey to national acclaim with the Dodgers.  Seriously, since college, I’m counting 8 stops for Muncy.  While with the Oakland organization, he hit the following

But, Max is a lucky one.  Max Muncy’s wife has been there every stop of the way.  And she’s proudly posted pictures of herself smiling with Max in the various uniforms, in the various stadiums.  Hopefully for them, this is their last stop for a while.  She was there for his Major League debut, and she was there for his first Dodgers start.  That loyal support is incredible in this game.

When she’s not being a kickass loyal BAE, Kelley is an associate buyer at Stanley Korshak.

That’s right folks.  in 2017, Max dropped to one knee and proposed to Kelley.  Early in 2018, he put the following up on Instagram

Confirmed by their wedding website, they married in November, 2018.  For appreciative Dodger fans out there, we’d recommend buying the Galvanized Flatware Caddy from Crate & Barrel.  Hasn’t Max brought you $24.95 worth of happiness? 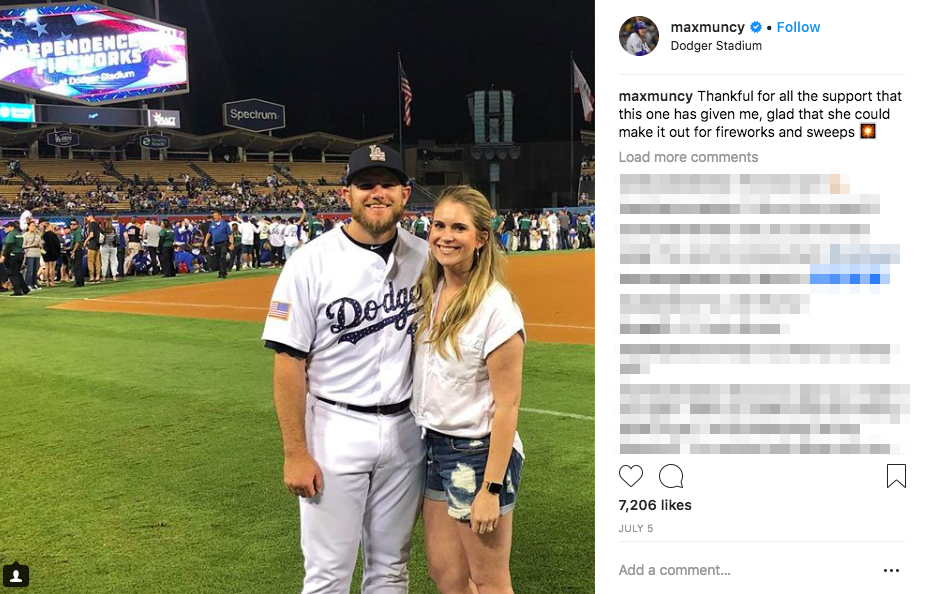