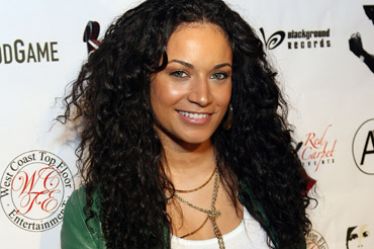 UPDATE 01/30/2014: Congratulations to Matt Kemp’s ex-girlfriend Zena Foster. The model/actress/host is pregnant with her second child with R&B singer Tank. Any relationship that took place with Matt Kemp is long in the rearview mirror, but it doesn’t have to stop us from congratulating one of the first women we ever chronicled on this site. Congrats to Zena Foster

UPDATE: So apparently, the whole ESPY story is fake, despite being run by the big boys in the media. It’s being reported that Kemp actually brought his mother to the ESPY’s, but that makes this whole story pretty lame and boring.
Here’s what we’re going to do. Let’s pretend that the Zena Foster story is true, because that’s a lot more fun to think about than Kemp tearing down his mom’s dress. Can we all agree on that?
UPDATE 2: Multiple readers have advised us that the two have split up. One indicated that Zena mentioned as much on her Twitter acocunt. Kemp has apparently moved on to another woman, without a child from a dude named Tank.


Matt Kemp’s ex-girlfriend Zena Foster is a model and hip-hop video dancer originally from St. Louis, MO. She has been on tour as a backup dancer to Christina Aguilera, Brian McKnight, Nelly, Snoop, and Usher. Zena recently ended a long-ish term relationship with Grammy nominated R&B singer Tank, with who she has one child.

Matt Kemp had an exciting all star break planned. It began with taking Zena to the 2009 ESPY awards and throwing down a few drinks. While stumbling around in a less than sober state following an interview with a local LA radio station, Kemp tripped and nearly fell over. In a last ditch effort to prevent his fall, Kemp reached out for the first thing he could grab to remain upright.
Unfortunately, that first thing was the top of his date’s dress. Kemp apparently pulled down Foster’s dress revealing her to a large crowd of celebrities, athletes, reporters and fans. According to some recounts of the story, Kemp did such a number that the exposure lasted for a full 15 seconds while Foster desperately tried to get back into her dress and back under cover. 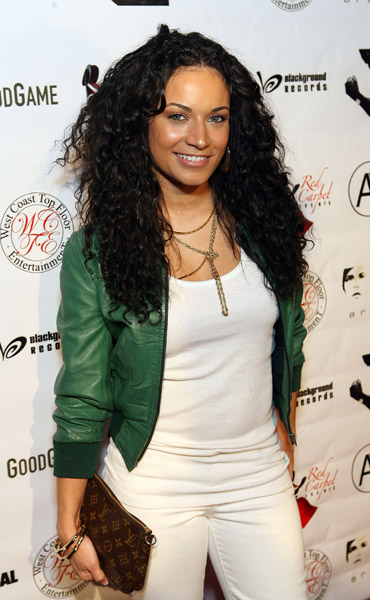