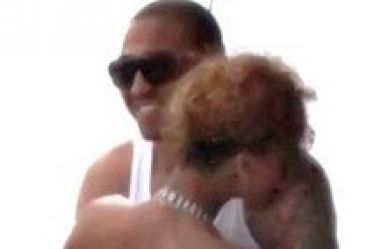 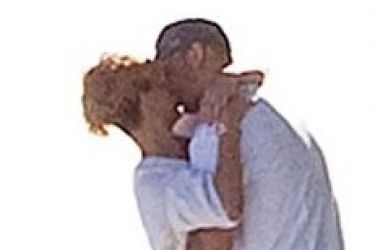 UPDATE: 11/10/11: That didn’t take long. Matt Kemp was recently interviewed by HipHollywood (h/t Terez Owens), and asked about his relationship with Rihanna. His response:
“We are friends, that’s one of my best, good friend of mine, and out in London, chillin, havin a good time and livin life.”
So that clears everything up, right?

11/07/2011: So after the two reportedly broke up months ago, they were recently spotted together in London, and some websites are reporting that the two are trying to work on giving their relationship another shot while Matt has free time in the offseason. So far, no comment out of either camp, but we’ll see if anything progresses.

*************************
02/23/2010
It’s pretty safe to assume that the two are definitely together at this point, especially after our friends over at SportsByBrooks broke the story of Matt Kemp’s rumored 22nd birthday gift for Rihanna. If you will look closely, you can see Rihanna seated at the same next to her leather clad midget stripper gift rented and paid for by her boy Matty Kemp (aka my future first round draft pick).

Various news outlets are reporting that Kemp and Rihanna are now together after being spotted together in public on multiple occasions. Rumors of the two began a couple weeks ago, but was diffused by Kemp calling her as only a friend. The rumors of their relationship began gaining validity when the couple was seen together in Dubai on New Years Eve at a party hosted by Rihanna, before getting cozy together in a hot tub. The duo sped away to a romantic weekend in Mexico, where the now infamous ass grab picture was taken.
New relationship, so stay tuned for details as they come. 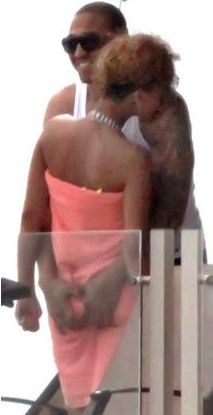