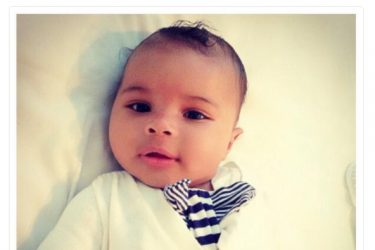 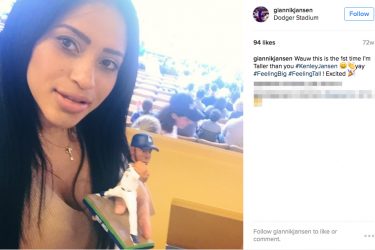 Kenley Jansen’s wife Gianni Jansen calls Kenley her best friend.  And with everything that Kenley has been through that sure has to come in handy.

Kenley Jansen’s wife is the anchor of the family

Gianni is the mother of the couple’s son, Kaden.  Kenley proudly showed off a picture from Kaden’s 3rd birthday party.  He was sure to note that his wife put it all together,…. and oh by the way all while 9 months pregnant.  During her first pregnancy,  Gianni had a maternity photo shoot done on the beach which she shared on social media.  One has her running in a white beach with her belly out and a huge grin on her face.  This round, she again took some artistic pictures, which Kenley openly admires the strength of his wife.  He posted a tribute to his wife’s pregnancy, noting:

Parents to a 3 year old, and a newborn.  What else is going on?

OH YEAH, Kenlsey Jansen hit the DL with a return of his heart condition.  This will require an offseason surgery.  You guys think Gianni had a fun August of 2018?  People toss around anchor, and rock a lot to describe a strong family member.  When it comes to Gianni, it’s not just lip service.  She embodies that sentiment.

Before Kaden came along, the couple busied itself with doing fun activities like traveling to all the beach spots. Gianni still does all the same stuff, but now she’s got the little one in tow. They go to as many home games as possible. Gianni and Kenley married in March of 2016, which came just a few months after Kaden’s birth.  I saw the ring, and it’s big and diamondy.  Hey, when you’re the best closer in baseball, you can buy big and diamondy. Both Kenley Jansen’s wife and Kenley himself are from the island of Curecao.   It’s not uncommon for for the family to venture back because they have family there.

One of their favorite things to do is go to NBA games, and they did so before the pregnancy, during the pregnancy, and after the birth. Gianni documented all of it on her social media odyssey.  The couple is keeping things together at home, even while turbulence seems to strike regularly.  Congratulations to the Jansen’s. 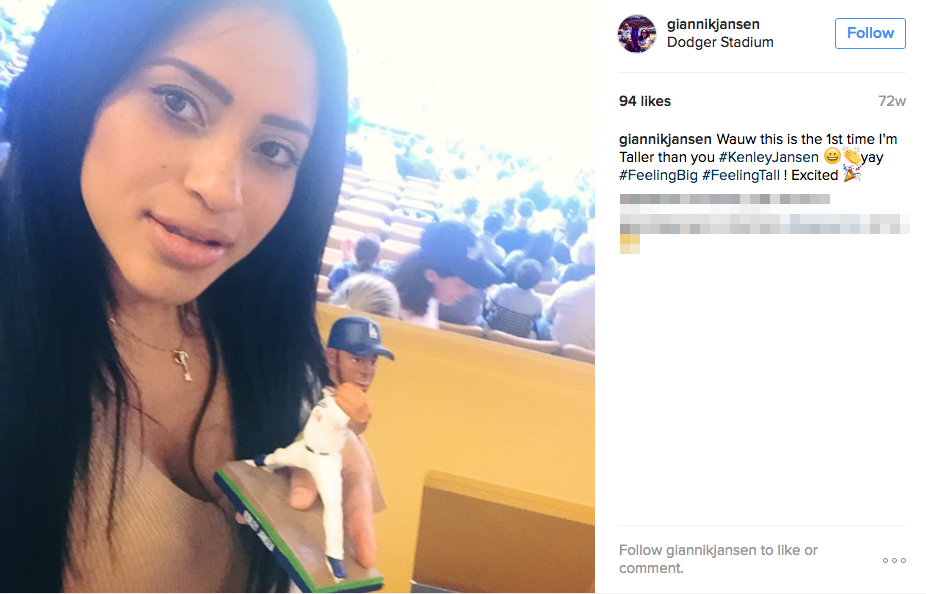