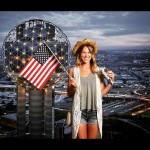 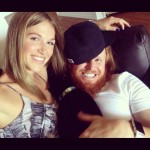 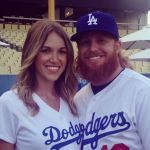 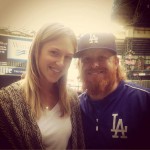 Justin Turner’s wife Kourtney Elizabeth was just recently Justin Turner’s girlfriend.  IN March, 2017 Turner tweeted out a picture of him dropping to one knee in the Grand Canyon.  He captioned it by saying,

“The Grand Canyon is a place we will never forget! I get 2 spend the rest of my life with this amazing woman! I ♥️ you!!!”

The wedding took place just about a year later.  The couple tied the knot in a destination wedding, in Mexico.  I like that.  A year feels about right for an engagement.

So, we know the proposal was epic.  But, what about the girl?

If you ask us, Justin Turner’s wife is the kind of girl guys wish they could hang out with. She’s got a sardonic, cutting kind of sense of humor that catches you a little off-guard. You can tell she knows what’s funny and what’s not.  She pretty much tries to make everything humorous, which is awesome.  A good example is this odd picture she took of herself wearing a Texas cowboy hat.  She’s holding an American flag and an armadillo stuffed animal, posing in front of a large picture of Reunion Tower in Dallas.  Her caption is “what happens when your man’s at work and no one else made the trip to Dallas.”

One of my other favorite pictures of Justin Turner’s wife Kourtney Elizabeth is her with a baseball mascot and they both have their hands on their hips. She said “If I’d known he was mocking my pose at the time, we would’ve exchanged words”.  But honestly, who wouldn’t like to get into a fight with baseball mascots?

Kourtney also gave her father, who passed away three years ago, a nice tribute on Father’s Day, saying she carries him with her and even more when she has road rage. Kourtney has been to a grand total of 18 different baseball parks, which is a helluva’ lot. That even seems sort of high for a player wife or girlfriend.  But, If you dig traveling and seeing your boyfriend play, it’s not that many.

No kids,…. but dog parents!

Kourtney’s dog is a little guy.  I’m going to go ahead and say he’s a German Hunting Terrier, or a mix of that and a Chihuahua. But again – I could be wrong.  His name’s Pug, and she takes him pretty much everywhere so I think he’s a seasoned flyer. My favorite post of Kourtney’s regarding her dog was:

“Ladies, find someone that looks at you the same way Nug looks at this french fry.”

Now that my friends,… is the perfect relationship advice for everyone. 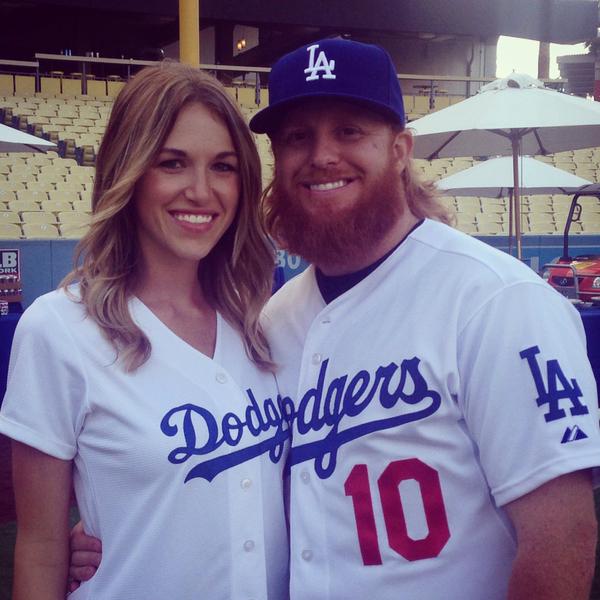