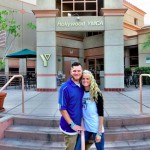 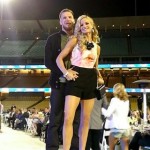 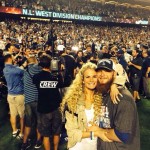 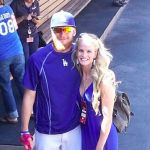 JP Howell’s wife Heather Howell is a beautiful blonde lady who used to be a competitive track athlete for USC before she destroyed her body by jumping into Lake Tahoe after finishing a training run in the Sierra Nevadas. First off, when I read about this story at MLB.com, I was struck by the use of the phrase “traditional celebratory cliff-leap.” Okay, I get that a lot of people jump 50 feet down into the lake, but if there’s a chance that you can suffer compression fractures to your neck and back as Heather did, maybe they should cut that tradition? At least put a sign up next to the cliff that says “Warning: Extreme Trauma to Neck and Back Possible.”

Well, JP Howell’s wife Heather Howell apparently rehabilitated herself through fourteen grueling years, and now she’s a successful children’s author. She wrote a book called “Dangles” about a monkey. That’s all that I know, and I don’t think I’ll be heading over to Amazon to read the summary of Dangles, sorry folks [Editor’s note: Kids love fun names, and Dangles jumps to the top of that list…. I just bought it for my son. Carry on, author.] Other than having written about Dangles the monkey, Heather actually had a long career as a television sports reporter for FOX, and I watched a Youtube compilation of her doing her thing. Those Youtube compilation of hot broadcasters always kind of creeps me out because first of all who tapes news broadcasts? I’ll just pretend the station put it together and not some person sitting at home with a Heather Howell shrine [Editor’s note 2: Dude, they all have tapes to send out for future jobs…. I promise on the up and up].

Heather travels around a lot to watch JP at games, and when she’s not at the games, she’s at home watching with her dog Rose. Heather actually has a website about how she overcame losing her running career. It’s an inspirational website about how to find focus for your life, and it’s got good production value. It also doubles as her fan website for JP, so I guess Heather sees one productive and positive path as “find a boyfriend in pro sports, marry him, and you’ve found a solid path.” But let’s not downplay that Heather was once herself an Olympic hopeful in the 800M. 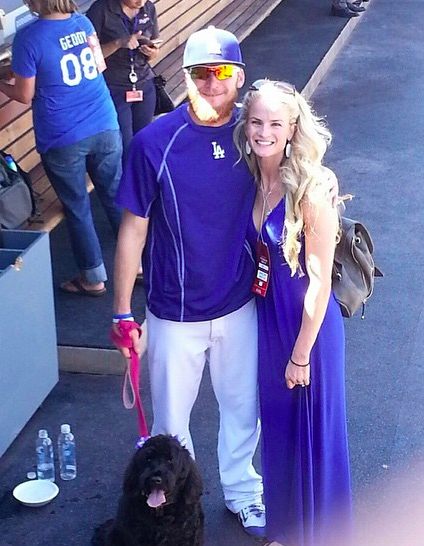