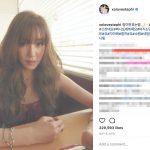 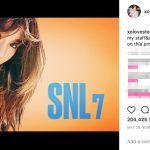 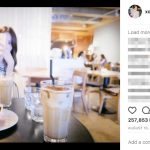 Is Hyun-Jin Ryu’s girlfriend Tiffany Hwang? Honestly probably not.  But there’s definitely been buzz around it, as it appears they became close when Tiffany appeared at a Dodgers game on Korea Night. She threw out the first pitch. She apparently also attended another game with a famous Korean named Yonghwa, and they showed up to support Ryu. There’s plenty of pictures of Ryu and Tiffany together, but they all come from the baseball field. We don’t have any hard evidence from social media or Korean tabloids that puts them together outside the stadium. There’s some circumstantial stuff, however. For example, Ryu said it was his dream to have Tiffany come to Korea Night and throw out the first pitch. He obviously digs her (or did, anyway).

Ryu definitely dated someone in 2015. Hyun-Jin Ryu’s girlfriend existed then because he talked about how he condenses his time with her into a short two-month period. That interview comes from January of 2015, though. So the information might be stale now. Honestly, I find the whole K-Pop and girl group thing a little confusing. The reason is because I don’t speak the language and there’s a bajillion different K-Pop singers. There’s also another K-Pop singer named Bae Suzy. Ryu apparently her wanted to come throw out a first pitch as well. So it’s also a possibility that he also dated her, but I think it’s unlikely.

So who is Hyun-Jin Ryu’s girlfriend? He never posts pictures on social media. This is a common practice for many wary professional athletes, of course. They don’t want the limelight on their personal lives. And, honestly, they probably hate PlayerWives.com.  However, it’s even more difficult to find a nice girlfriend when your English isn’t too strong. Ryu even commented he envied Tiffany because she speaks perfect English. Since she was born in California and moved to South Korea later to pursue her K-Pop career, that makes sense.