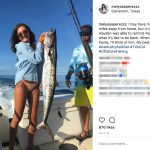 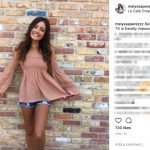 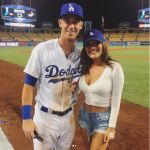 Cody Bellinger’s girlfriend is a popular topic, given he’s playing out of his mind to start the 2019 season.  We know of one name from 2017 and prior (meet Melyssa Perez below).  But other than that, it’s been a little quiet around these parts.  So let’s get into what we know.

Time is a flat circle folks.  Cody hopped into the way-back machine for this one, and as of this writing in 2019, he’s going back back to high school high school.  Cody and Sabrina starred on the red carpet at various events in recent months breaking the question about his dating status.  Cody and Sabrina have remained close since high school, and for now this on again-off again relationship appears fully on.

It was quiet on the girlfriend front for 2018.  It was more than a year since Melyssa Perez graced Cody’s Instagram, and hers is also remarkably devoid of any Cody snaps.  Other sites seem to suggest they are no longer dating.  Geographically that makes sense, as Melyssa is clearly spending the majority of her time nowhere near Chavez Ravine.  More specifically, she’s spending most of her time around Houston.  Have they split?  Signs seem to suggest as much, but we’ll keep an eye on it.

There were a couple names which slid past our radar without so much as a blip.  But for now, we’ll focus on the one that Cody was at the time happy to demonstrate.

Cody Bellinger’s girlfriend Melyssa Perez is a law student at the University of Texas. She said in 2017 that if you think Cody is good at baseball, you should see how good he is at getting on her last nerve! Stop annoying Melyssa, Cody! Nah, Melyssa loves Cody lots. She was WAY excited about his breakout season too. Originally she hails from Laguna Niguel, California. Melyssa also joked that she does plan on using evidence and not just her fist in court. I hope there’s still jobs left for her because a lot of law jobs are now the domain of artificial intelligence.

Melyssa posted a picture of her eating a corn dog and said there’s no better depiction of her. I should also add she possesses a smoking hot bod, but that’s obvious as soon as you see her. Cody Bellinger’s girlfriend likes to spend time on the ocean and apparently loves to fish too! She showed off a few huge catches on social media. Melyssa caught some mammoth snappers in Galveston in July. Melyssa is incredibly photogenic and appears so happy in all of her photos. What a California dream! I’m also feeling a bit jelly of Mr. Bellinger. 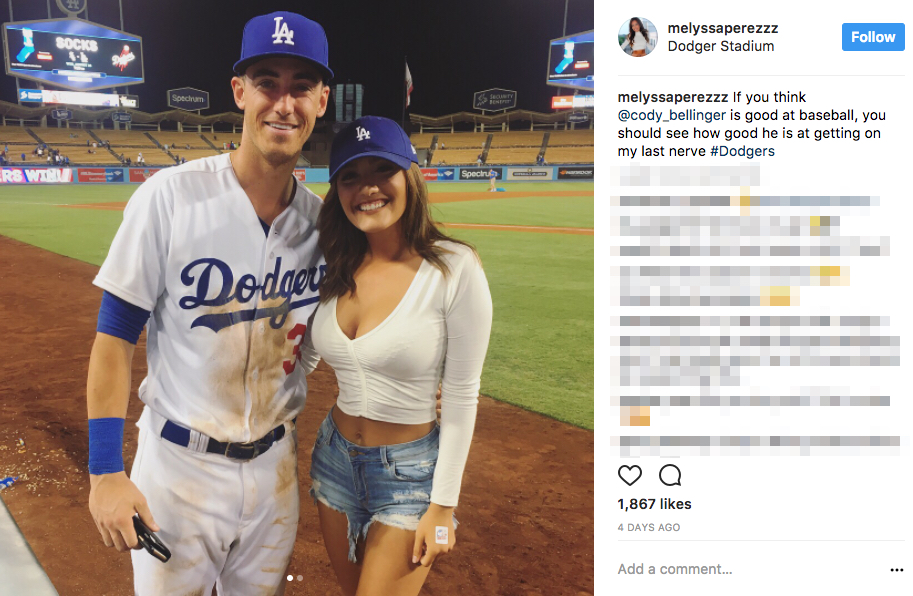