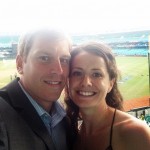 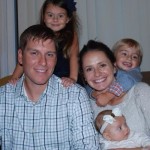 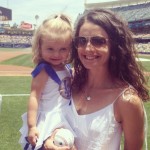 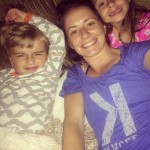 AJ Ellis’ wife Cindy Ellis has three kids, and the youngest one was delivered by none other than AJ himself. That’s right, and not only that, but AJ delivered her in a moving automobile. It’s sort of like one of those 90’s goofball comedies that’s supposed to appeal to families. You know, one with Robin Williams or Hugh Grant bumbling through stuff and getting into wacky situations.

Well, Cindy Ellis created “In Labor!” signs that she posted on the windows of the car as they were speeding along the freeway. How awesome is that? You can get away with driving like a GTA4 player when you’ve got those bad-boys on your windows. They were also using some kind of labor timing app to determine how far apart her contractions were happening. This was all happening in New York City at the time. This was also the first time AJ was present at the actual birthing process, as he’d missed his previous chillun’s popping out of the ole’ kidpipe both times.

Cindy’s water actually broke on 79th Street in Manhattan, and they were on their way to the NYU Hospital which is located at 30th Street. That’s sort of troubling because Manhattan, if you’ve never been, is a veritable stop-and-go breaking test along the avenues. For whatever reason, AJ’s wife Cindy really could not keep that baby from coming. He figured that they’d have plenty of time, but as their trip continued, she got real close. He asked one traffic cop for help, was ignored, and then asked another. The second cop jumped in his cruiser and switched on the sirens. At that point her contractions were every fifteen seconds. You can guess what happened from there. By the time they pulled up to the NYU Hospital, Cindy’s sister was assisting their baby’s exit from Goop Canal, and a crowd had gathered to see the “car baby.”

For a guy used to catching things for a living, this was no doubt the best catch in his family’s history. 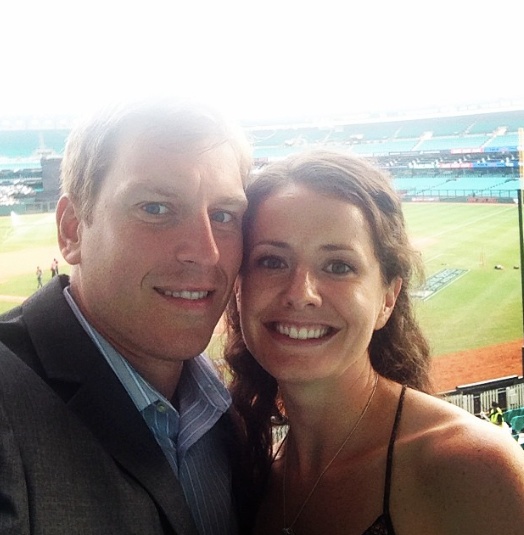