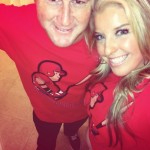 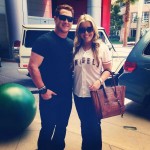 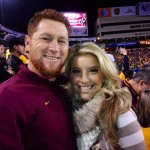 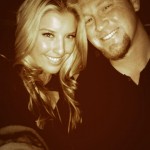 Kole Calhoun’s wife Jennifer Calhoun adds more solid evidence to the high school sweetheart theory we’ve been formulating as it relates to professional athletes. That is to say– she has been with Kole since high school. My theory revolves around the idea that driven young athletes often will stay with their girlfriend indefinitely so as to maximize stability in their life.

Kole’s wife Jennifer is a classy blonde, and she’s already got herself a baby to dress up in classy baby clothes. A few of her Twitter pics have included shopping bags from places like Louis Vuitton and Prada, which she recently hit while on a trip to Boston. This just gives the ladies out there some idea of what it’s like to be married to a guy who pulls in a half a mil a year. Kole’s salary arbitration eligibility comes up in 2017, and that’s when Jennifer’s gonna hit up some even higher class joints and prep a new Bentley.

Mr. Calhoun and his wife Jennifer visited the CN Tower last September and stood on the glass floor on the 113th story. I’ve done this on the observation deck at the Sears Tower, which is called something else now, and man is it freaky. She posted a picture of her adventure in Toronto on her Twitter, and you can clearly see the very bottom about a quarter mile down. Jennifer’s a big fan of Toronto and the SkyDome. The trip to Toronto was part of her celebration of being with Kole for 10 years. She’s even included a picture of her at the age of 14 with Kole in high school. That’s pretty impressive; I must say. It leads me to believe that Kole and Jennifer have only ever slept with each other, though I have no real way of knowing this. Break out the champagne, I guess? 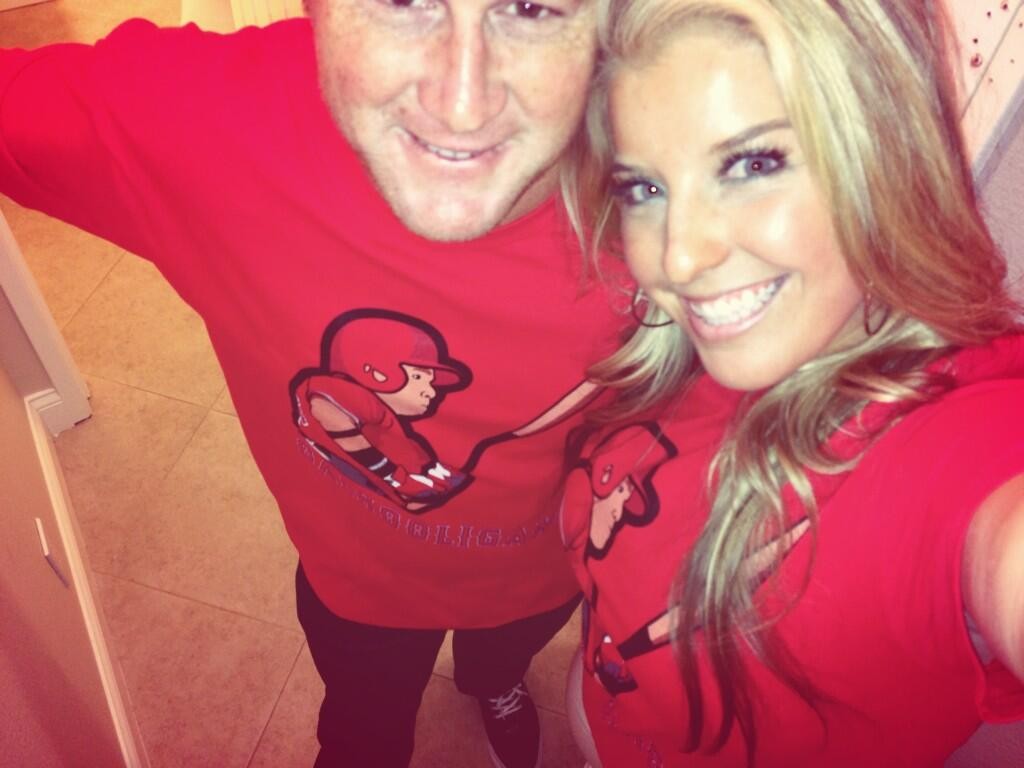