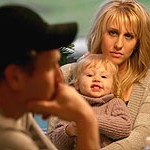 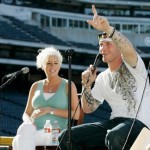 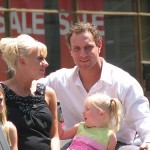 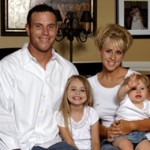 UPDATE 04/19/2015: Josh Hamilton’s wife Katie Hamilton long served as the portrait of perseverance and a consistent reminder that love can conquer all.

In what’s been a rough month for the Angels slugger, news leaked today that Josh Hamilton filed from divorce from his wife Kaite Hamilton. While there are no specific issues outlined in the petition for divorce filed in Texas in February, conflict was cited as the reason. Hamilton self reported a relapse to Major League Baseball from early 2015. Exact timing of that, or whether the relapse or divorce occurred first is unclear.

In April, the couple agreed not to communicate with one another until the divorce is finalized. Josh Hamilton is not permitted to see his children without permission, while also being banned from three of the couple’s properties. One of those homes in Newport Coast CA, went up for sale for $16.5 million earlier this week.

Neither Josh or Katie have issued any public comments. The couple has been together since 2002, and married since 2004.

Josh Hamilton’s wife Katie Hamilton is the daughter of Michael Chadwick, who is one of men responsible for getting Josh completely sober. Josh Hamilton met the former Katie Chadwick 2002 while Josh was in Raleigh during one of his suspensions from major league baseball and were married in 2004. The two reportedly had a period of estrangement in 2005 during a period that Josh relapsed. Katie has three children, one from a prior relationship and two with Josh.

The story of Josh and his wife Katie Hamilton is an equal blend of tragedy, inspiration and true love. Josh and Katie were married during a period of Josh’s sobriety. Shortly after the birth of their first child together, Josh relapsed starting with alcohol, and spiraling into cocaine and crack. Even though the two were estranged, Katie and Josh were never divorced. Through the sacrifice and devotion of one another, they stuck it out and watched Josh climb to the top of the baseball world with his impressive 2007 and 2008 seasons.

Normally we’d make fun of something sweet on this site, but we’ll let this slide just this once. While the two were estranged, Katie described a dream that helped her decide to stay with Josh: 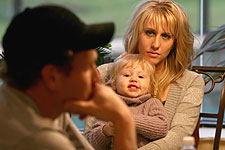