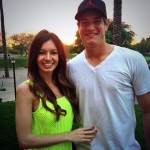 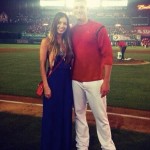 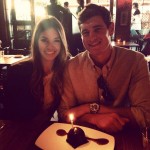 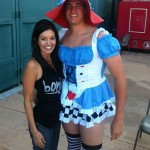 Garrett Richards’ girlfriend Alexis Arnoldi beats him hands down in a beauty contest. That’s kind of what the picture here is telling us. Garrett was hazed as a rookie on the Angels and meant to dress up as Little Bo Peep, and of course he’s got nothing on his hot girlfriend Alexis.

Alexis seems like a pretty cool chick to me. It doesn’t hurt to have a life philosophy of “trying to give more than I take” (her Twitter saying in her profile. And give is what she is doing: she recently helped raise twenty-nine grand at a fundraiser for the special olympics, and she seems to get along well with the other Angels girlfriends and wives. It’s generally a good sign when your Twitter feed isn’t stuffed with selfies but rather actual events and activities shared with friends, which is was hers looks like. She seems halfway, you know, normal. This leads credence to the age-old maxim that baseball and hockey ladies have the coolest personalities while football and basketball girls have the coolest curves. We could get into all kinds of musings on this one, folks. Don’t tempt me.

Garrett’s girlfriend Alexis is a down-to-earth type. She’s got time to visit and have pancakes with her Mom in Arizona, hang out with her Aunt “Jonny” in Utah, celebrate hometown friends’ birthdays. A warm and caring lass, that Alexis. She flies her brother and Mom into Anaheim to go to games with her and watch Garrett play with a 2.61 ERA and 13-4 record. They’d likely ask her, “How come your man’s not an all-star?” She has no reply, and neither do I. Did the Oakland A’s steal all the California slots way? She works at a jewelry joint called Stella & Dot and gives all of her Facebook friends the scoop on sales and and clearances. In case you’re wondering, I am not her Facebook buddy. 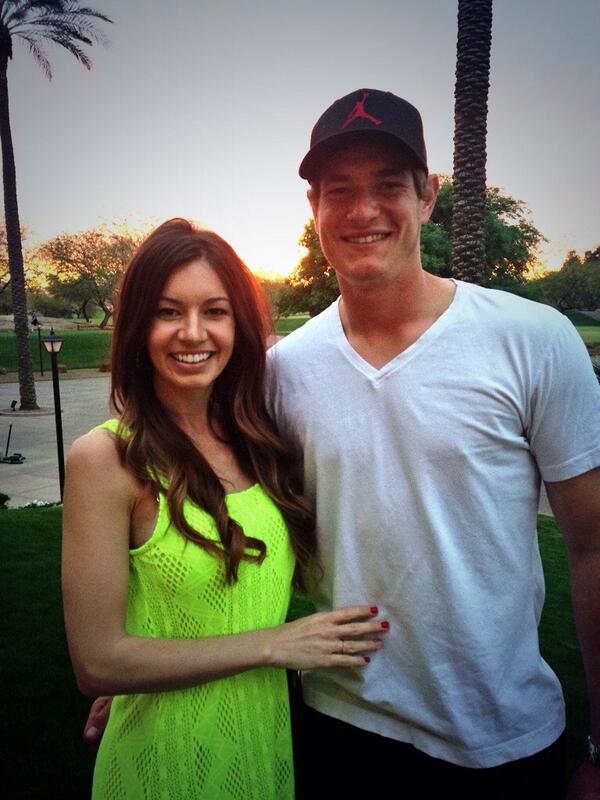