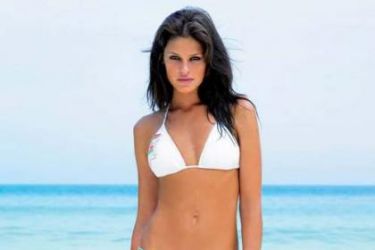 UPDATE: 10/11/11: Our commenters and readers have been screaming at us for a while that the two have broken up, citing the fact they no longer follow each other on Twitter as evidence. At this point, we’re willing to turn the floor over to CJ Wilson himself, in an interview with Dan Patrick on SI.com:
Dominique and I broke up in July. It wasn’t working out. In the end I had to make a selfish decision and make baseball more of a priority. It was getting to the point where [the relationship] was beginning to be a bit of a distraction.”
So there you have it. Feel free to chill out now in the comment section, kids.

Dominique has been modeling since age 14, most notably in shoots for Cosmo, Ralph Lauren, GQ and the Sports Illustrated Swimsuit Issue.

When not traveling across the world on various photo shoots, Dominique lives in New York City. However, according to the New York Post (and Dominique’s twitter page) when boyfriend CJ takes the bump for game 5 of the ALCS in the Bronx, Dominique will be long gone, off to a photo shoot in Malibu. 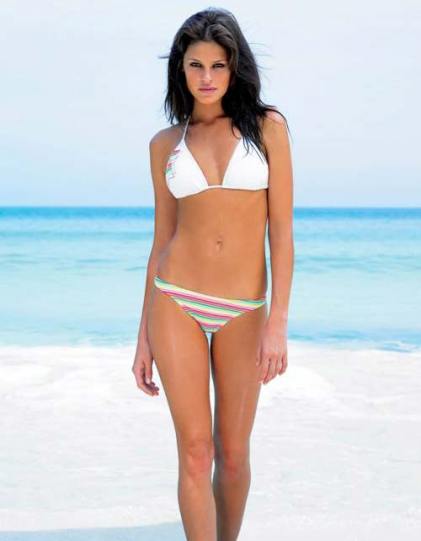