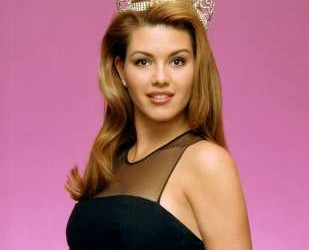 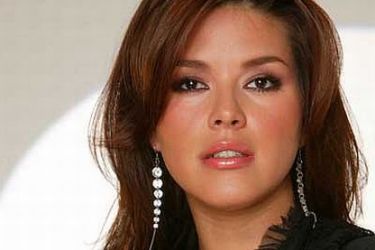 Alicia won the 1995 Miss Venezuela pageant, and then subsequently went on to win the the 1996 Miss Universe Pageant.
As reigning Miss Universe, Alicia nearly lost her crown because of a well publicized weight gain. This publicity reached it’s peak when Miss Universe owner Donald Trump called in to the Howard Stern Show to promote the 1997 pageant, and referred to Alicia as an “eating machine.” Ouch.
Machado went on to moderate success as a soap opera star, and appeared nude for the Mexican edition of Playboy in 2006.

Abreu and Machado were engaged in 2005, when Machado went on a reality TV show. The concept of being filmed for a nationwide(and with the glory that is the internet, worldwide) reality TV show apparently escaped Machado as she had sex with a housemate,… of course, all caught on camera. The photos and video appeared online, and Abreu called off the engagement shortly thereafter. This brings us back to our original quote, and if you haven’t gone to look up what it means yet, we’ll save you the trip. It translates to, “You have a divine cock,” which Machado moaned out repeatedly during her on air tryst. 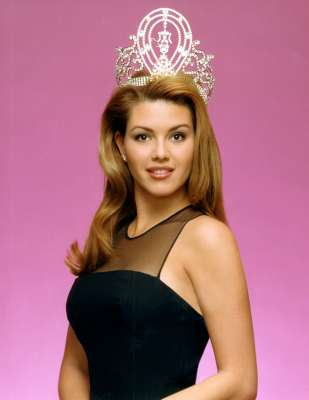