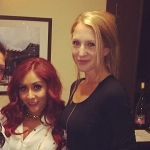 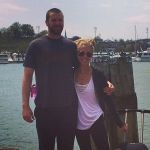 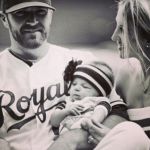 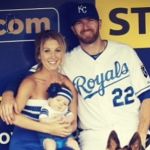 When we first wrote a post about Wade Davis’ wife Katelyn Davis, we thought she was a cool chick. And we were right.

In our original post, we relayed a story that Katelyn herself told about a disastrous bout of food poisoning. The story we relayed was that Wade Davis’ wife Katelyn went out to a Carabba’s and ordered something weird. Kathleen quickly suffered from some really serious food poisoning. She explains that Wade was there in a “shortstop” position (hands on knees, ready to catch a grounder) trying to guide her through the immense pain she was feeling while she was agonizing on their bedroom floor. Then she explains how she let out her bowels, and that she wasn’t really even aware of having to do so because of the pain.

Look. We’ve all been there. And it’s not something we want to relive. For her part, Katelyn didn’t care that we told the story – she just wanted us to be sure we had the details right. A lot of times, wives will reach out to us directly, most often to yell at us for something. Wade Davis’ wife Katelyn Davis took another route. She contacted us, and did confirm the horrible food poisoning story, but corrected that it was actually in Montgomery, Alabama (and gave us the heads up to be careful that people in Kansas City, while lovely, will defend their food to the death).

As if she didn’t have any other reason for raised ire, she politely changed up the pictures we had used. The originals were less than flattering – one when wearing a wig while sick – and another while pregnant. I have three kids.  I can only imagine how my wife would have reacted if a pregnant picture she hated hit mass distribution.

Katelyn has has done her part in charity events and benefits for the Royals organization, and she deserves better than god-awful food poisoning to define her. During the Royals 2014 World Series run, our favorite baseball wife tipped a waiter with World Series tickets. Say what you want about the terrible writing and lede’s on this site, but for once we got it right. 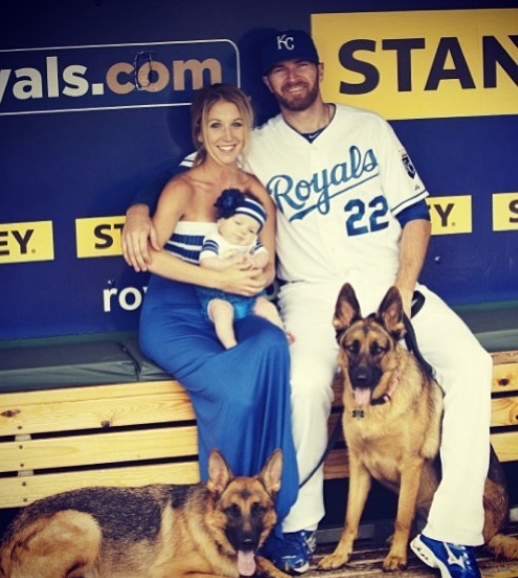