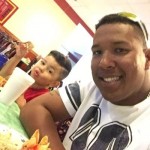 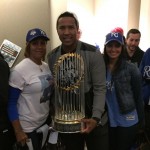 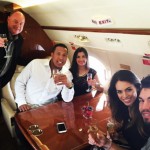 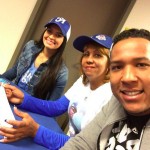 So a couple weeks ago, we put up a post questioning who Salvador Perez’s girlfriend was. The Kansas City faithful (and good Lord are they faithful), came through in a big way and notified us repeatedly of what’s apparently a well known fact.

OK, that’s about it.

When it comes to Marig, there’s not much out there to know. The World Series MVP has been a little more public about including her in pictures lately, most notably on a private jet with teammate Eric Hosmer on his way to the Tonight Show with Jimmy Fallon. Sal Perez has at least one kid, though we’ve heard from some Royals fans, that the little guy is not Marig Ruiz’s child. Salvador Perez isn’t afraid to post about the little guy in his Twitter or Instagram pictures, but when it comes to his dating life, the Royals backstop keeps minimal info across social media platforms.

Salvador Perez’s girlfriend isn’t the only woman important in his life. Salvador Perez’s mother has been a consistent fixture on his social media, as well as a beautiful moment when the clearly grateful son kissed his mother on the forehead following the game 5 win.

Salvador Perez is the toast of Kansas City since Royals won the 2015 World Series, ending their title drought. For an area that’s suffered with a middling Chiefs roster in recent years, the sea of Royal’s Blue at the victory rally was a sight to behold. One of the first players to bathe in the appreciation (as well as the champagne), will be the man calling the pitches behind the dish and the man raising the MVP trophy. 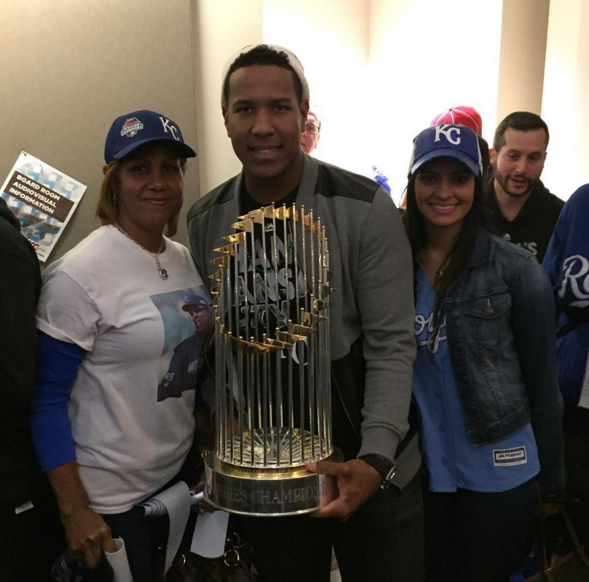