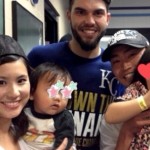 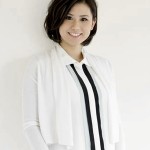 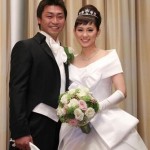 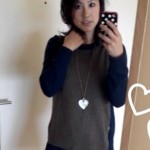 Nori Aoki’s wife Sachi Ohtake Aoki has been with him since 2008, having been introduced by a mutual friend. They tied the knot about two years later. This was a big move for Sachi since she was formerly a television broadcaster in Japan, and she had a serious career going for herself. Up and moving to the United States to be with her pro baseball-playing husband was a big decision.

Sachi was well aware of how the top baseball players in Japan operate and what they’re looking to do once they’ve peaked. It’s essentially a game of testing yourself and making the move into MLB. Nori certainly qualifies as a top baseball player. He may be the hardest batter to strike out in the Majors (K’ing once every fifteen at-bats or so). For Nori, marrying his wife Sachi was something of a tradition for Japanese-born MLB players. Hideki Okajima, Kazuhisa Ishii, Daisuke Matsuzaka, and Ichiro Suzuki all did the exact same thing. Who can blame them? Being easy on the eyes makes you a good candidate for television broadcasting, and that goes hand in hand with being a good candidate for baseball marriages, apparently.

The couple has had two children in the past few years, and they take trips back to Japan in the offseason to visit friends and relatives. Sachi actually keeps an incredibly detailed blog with all kinds of pictures and anecdotes (I think). Unfortunately, it’s basically gibberish since Google Translate isn’t yet up to the task of translating Japanese into discernible English. You can sort of get the gyst of what she’s talking about– mostly detailed stories and ideas about life in America and her husband’s progress and adventures in baseball. She seems really smart and peppy, but I wouldn’t be able to confirm it without dozens and dozens of hours with the Rosetta Stone. 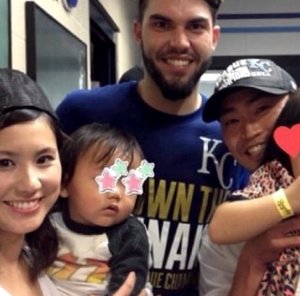