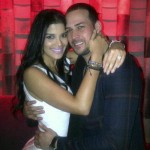 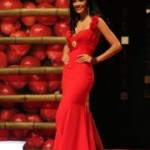 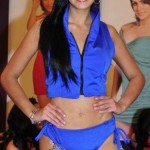 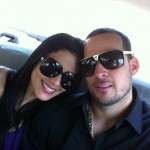 03/25/2013: We’ve been getting lots of traffic on Audris Rijo lately and couldn’t figure out why. Thanks to Google Translate, it seems that Jonathan Sanchez’s girlfriend Audris Rijo may have posted some racy photos of herself on Facebook and, in the process, jeopardized her status on some Spanish TV show. Even that I’m not 100% sure of, but from the broken English of the Google translation – it seems pretty likely.


Jonathan Sanchez is an undeniably talented albeit volatile pitcher bringing a number of things to his new squad in Kansas City. When he’s on, he’s an untouchable high strikeout pitcher, and when he’s off, you wonder why he ever got called up. Hell, the only consistent thing about Sanchez is his inconsistency. But aside from bringing his wild performance swings to Kansas City, it appears he’ll be bringing something else with him; girlfriend Audris Rijo.
To be fair, Jonathan probably won’t be bringing Audris with him to Kansas City physically. The native of the Domican Republic seems to have the bulk of her 2012 scheduled already as she is gearing up to appear on Univision’s show, Nuestra Belleza Latina 2012. The reality competition pits contestants against one another to become the host on one of Univision’s shows, as well as for a cash prize of $250,000. The show premieres tonight, March 4, 2012.
Audris has worked as a model throughout her career, after beginning as a regular pageant contestant. As you can likely see in a number of the photos to the left, much of her career has been spent in a bathing suit, which is ok for all of us. It’s not known how long Jonathan and Audris have been together, though the two do have some pictures posing together. Furthermore, they seem to have fallen into the new trap of carrying out cutesy relationship quips on Twitter with the latest coming from Jonathan:

;) @AudrisRijo RT @XSTROLOGY: If you win the heart of an #Aries female, you can really count yourself lucky.

A few things here: First, what dude uses an emoticon? Secondly, what dude gives a damn about astrology? Finally,… dude, stop flirting on Twitter. Yeah, we at PlayerWives like our real life wives too, but keep it closed up bro. I took you in the 23rd round of my fantasy draft last night, so stop flirting and perform, kid!
Rant over. Keep an eye on Univision to see how long Audris stays alive in Nuestra Bellaza Latina 2012. 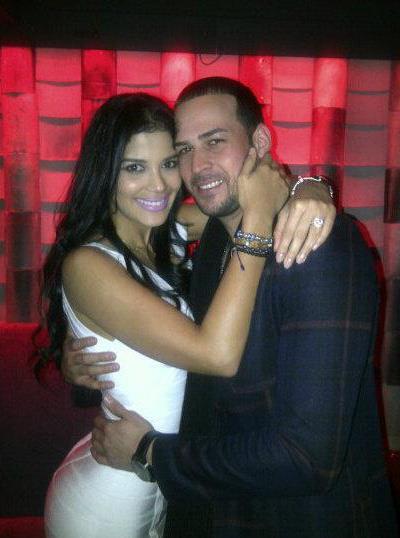