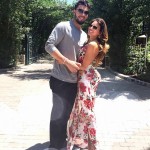 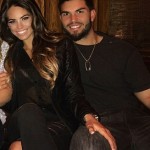 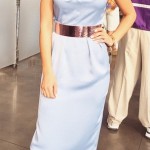 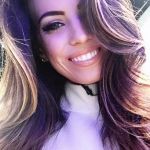 Apparently Eric Hosmer’s girlfriend Kacie McDonnell was already engaged this year, but that is ancient history. For some probably sick reason, I always find it fascinating to hear about people who were very recently engaged and now dating someone else (bonus points if they’re more famous). Don’t worry internet, they will all be just fine in the end.

So the deal is that Aaron Murray, young and handsome Kansas City Chiefs quarterback, broke up with the also young and super attractive Miss McDonnell sometime in January. So yes, Eric Hosmer’s girlfriend Kacie McDonnell had the appropriate sitting-around-eating-ice-cream time to let things cool right off. If it was ice cream, though, it must have been non-fat, because she is just as much a knockout as she’s ever been. I sort of can’t believe she’s as young as Aaron Murray. Hosmer is clearly the better choice from a financial standpoint, but I’m an outsider in this and I’m pretty sure Kacie wasn’t assessing it from that angle.

Kacie is also a soccer sideline reporter, but at the time of meeting Murray while he was still attending Georgia, she would fly down to Athens to be with him. She also gave up her career to be with him in Kansas City, and now that they’re over she was quoted as saying: “I’m loving my career in Kansas City. I’m really committed to being a part of this community for the time being…” No biggy, guys– she’s moving on to bigger and better things. Here’s the really weird thing: Kacie is the brother of the guy who was engaged to Andi Dorman from The Bachelor. Yes, I watch The Bachelor, and yes I’m happy Andi and that guy split up. It all makes total sense now too. Kacie looks exactly like that dude. She’s got the excellent baseball connections since that guy was trying to be a pro. Now she’s the pro….at nabbing big name baseball players. 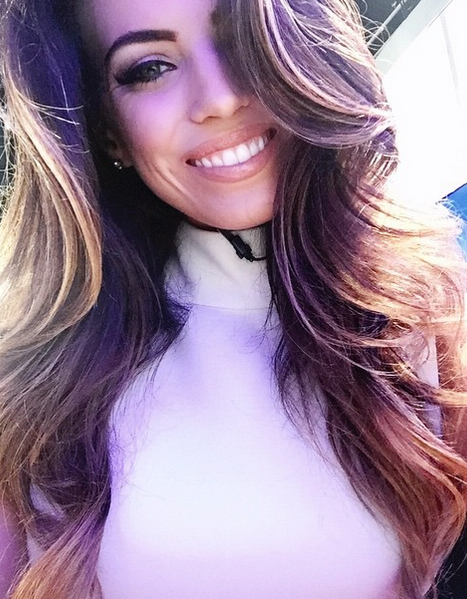