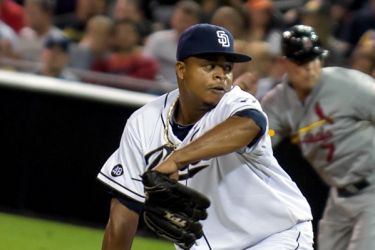 Edinson Volquez’s wife Roandy had an unfortunate hand in his 50 game MLB suspension. Edinson was suspended for PEDs in 2010, but denied the charge. He claims that he wasn’t taking “esteroids” (as he calls them) but instead was taking fertility drugs. Volquez’s wife had already lost one pregnancy before birth and the couple was trying to get pregnant again. The couple ended up having twin girls (Eylin and Aylin, who were born November 5, 2013) and Edinson has never looked back:

Though MLB severely punished him, despite going to the Dominican Republic and speaking directly with his doctor, Edinson recouped the lost wages (and more) when he signed a two-year, $20 million contract with the Royals. The Royals have certainly made out in that deal as well – as Volquez pitched six innings of shutout ball last night in game on of the 2015 ALCS.

Edinson Volquez lives in Santo Domingo along with his wife Roandy and their twin daughters.

Now if only someone could prescribe Volquez and his wife some PEDs that would help with his drastically declining hairline. He has chopped off his dreadlocks but he really needs to just shave his head at this point. 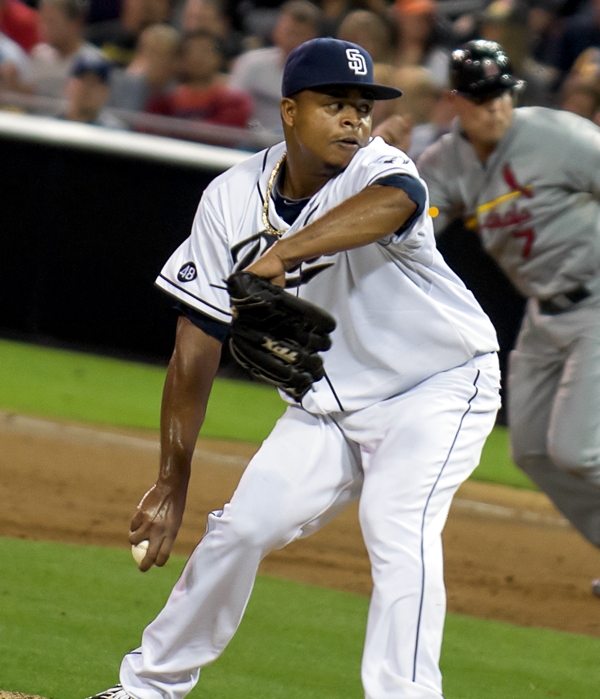