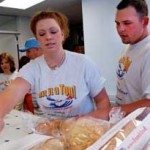 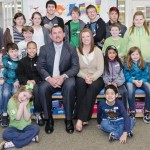 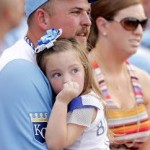 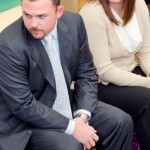 Billy Butler’s wife Katie Butler has been there through the lean years in Kansas City, and is probably as ready as anyone for some success. Despite spending the offseason in Arizona, the couple is growing roots in the Kansas City area, developing charitable foundation to help feed needy local families. Through his Hit-It-A-Ton Foundation, Billy will donate $250 for each home run he hits, and $125 for every double. To date, the organization has raised more than $250,000. Taking a look at Billy’s career home run & double totals of 103 and 217 respectively, the charity has also raised another $200K in other events.

Billy Butler and wife Katie Butler are grounded in their charitable work. Speaking at the Fred Hutchinson Cancer Research Center in Seattle, after being named Each year the Hutch Award recipient (which is awarded annually to the player embodying honor, courage and dedication of the late Fred Hutchinson namesake) Billy discussed the importance of giving back in his life:

“I have learned from my charity back in Kansas City that there are many people who cannot afford to buy even a can of corn,” he said. “My family has been very blessed, and Katie and I feel very strongly that we teach our daughter to give back.”

Billy and Katie Butler were married in 2008 and have two daughters: Kenley, born in 2010 and Karsyn Lynn born in January 2013. 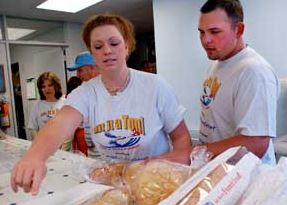