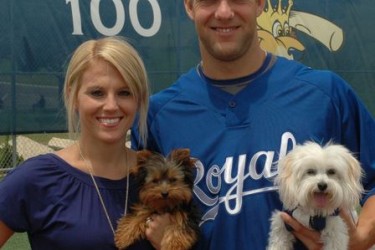 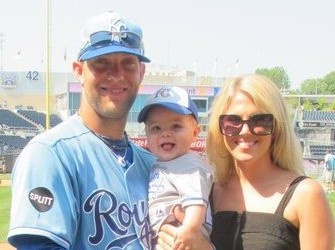 Alex Gordon’s wife Jamie Gordon has inserted her name into the national discourse after a less than wonderful interview on Dallas Sports Talk Radio, KTCK. After Jamie was unable to answer a couple relatively easy questions (Do you know who Yoko Ono is? for example), the board operator began playing a clip saying “stupid bitch.” The hosts continued the interview and continued playing the clip, without ever apologizing to Jamie or letting her get in on the joke. As if the mean spirited interview wasn’t enough, the Kansas City Royals public relations department demanded an apology from the hosts, who declined to apologize to Gordon directly. They did graciously agree to apologize to the PR staff as it was their job to pass it along as a liaison to the player.

Alex Gordon’s wife Jamie has roots in Nebraska, hailing from Lincoln just like her husband. Both went to college at Nebraska and has decided to return to Lincoln to live and raise their children in the offseason. In an interview with Huskers.com, Gordon told them his reasons for returning to Lincoln:

Raising children is a full-time job. Her family lives in Lincoln and mine does, too. Lincoln has that home-town feel for both of us. When you grow up in Lincoln, it feels like home whenever you go back.

The couple has one son together, Max, who was born in September, 2010. Alex Gordon was the Royals 2012 Roberto Clemente nominee with each team having one representative nominated for the annual award for giving back. Unsurprisingly, Jamie is involved in a variety of charitable endeavors with the Royals Wives, including the annual Royals coat drive and working closely with adopt-a-pet.com for local pet adoption drives.