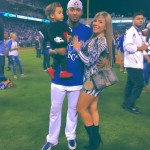 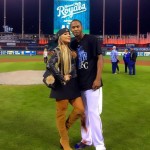 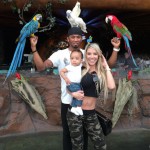 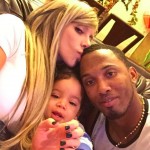 Alcides Escobar’s wife Francesca Escobar has had one child with him and is a frequenter of the Royals locker room based on recent player interviews. I’m not sure if anyone remembers Mr. Escobar from the last time we reported on his ex-wife Leury Moreno, but let’s just that it’s one of the least pleasant divorces we’ve ever seen. There are rumors floating that Alcides allegedly told her he only married her for a green card and that she was too fat to be around. That’s a pretty tough break for a player wife, but it doesn’t look like Francesca will share that same fate any time soon. Alcides sends her $700 a month for child support.

I guess it’s pretty obvious that Alcides Escobar’s wife has… ahem… uhhhh…. assets [editor’s note: yeah – assets – that won’t get us in trouble]. Francesca’s assets were oddly kind of the talk of the town after she was spotted in the locker room during the player interviews. Judging by the pictures of her circulating the internet, she seems to be enjoying her lifestyle. Their child accompanies them wherever they go, and aside from traveling to a lot of the games, the couple is also a fan of trips to Las Vegas. Since Alcides is a Venezuelan, I’m not sure if they live in Kansas City in the off-season, but I kind of doubt it.

If they happen to be Florida snowbirds, it would be a bit of an awkward encounter for Alcides Escobar’s wife if she and him ran into his ex-wife Leury in Florida. She also lives there is designs clothes. I don’t know if Francesca has a job other than raising her little one and making frequent stops to the pool. She seems to be known as someone who likes going to beaches and taking in some rays. When in Toronto, they visited the CN Tower’s rotating restaurant and also made a trip to Niagara Falls and caught some videos and photos of the falls. They favor white wine when dinging out, and Francesca frequently wears extremely skimpy clothes to restaurants. It’s sort of her signature move. 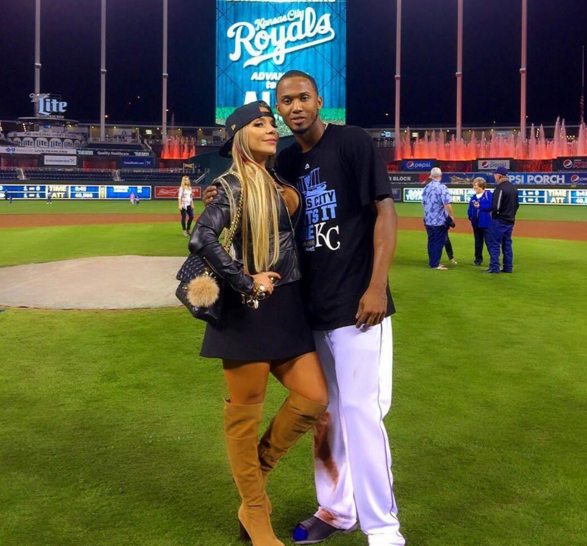