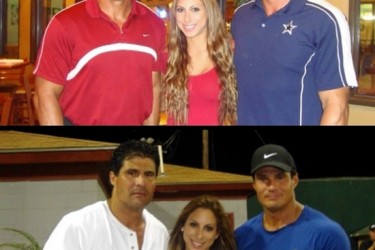 Okay, so Jose Canseco blew his finger off. You’ve probably already heard about it, but it’s bad news. The reason Jose is in more trouble than you might think is that he really screwed up an important artery, and there’s a possibility he’ll lose the whole hand. Jose Canseco’s girlfriend Leila Knight has been responding two a ton of texts, tweets, and phone calls assuring everyone that Jose will be okay, but also making it known that she’s worried about her man’s future use of his hand.

This woman has got a good sense of humor, and she does a bit of everything. She’s a model, of course, but she also has done some stunt work. Yes, she has been a stuntwoman, and a lot of her ability to do stunts probably comes from her gymnastics background. When she was little, she caught the bug and competed throughout her adolescence. She then became a gymnastics coach and helped kids train and compete for eight years. She has also appeared in various photo shoots, commercials, and even an episode or two of television. Apparently she was in an episode of the show Cougar Town (the Courteney Cox series on ABC). Lastly, Canseco’s girlfriend Leila also calls herself a professional poker player. This is pretty unusual, and I’m very curious to know what tournaments she’s competed in, or if she plays strictly cash games. Does she make a profit? I have a friend who plays poker professionally, and you’ve apparently got to be quite disciplined and focused.

Aside from Jose’s interesting girlfriend Leila, it’s probably worth noting how interesting a guy Canseco himself is. I love the guy. I think he’s really entertaining and a bit of a goofball. As grim as blowing off your finger is, it may get classified as “just another Canseco moment” a few years from now. My favorite Canseco moment was when the 6’4″ former baseball player challenged a 5’9″ former football player to a boxing match, and got knocked out in the first round. He then went on to try and prove himself in mixed martial arts. 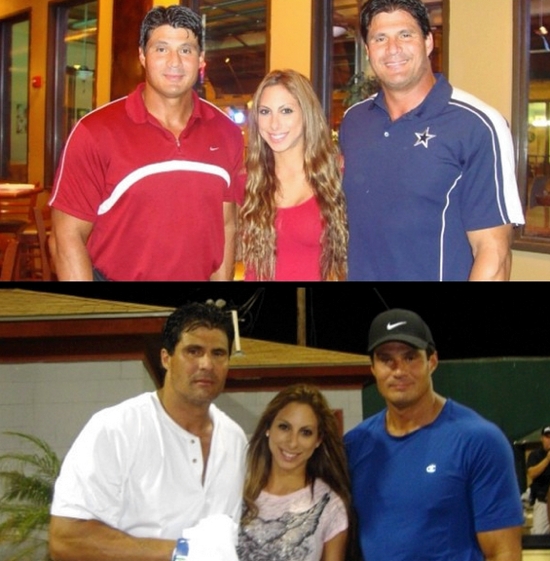