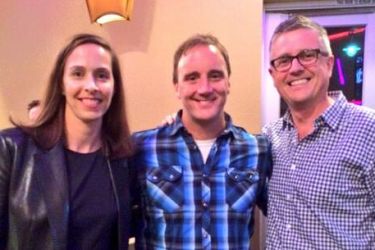 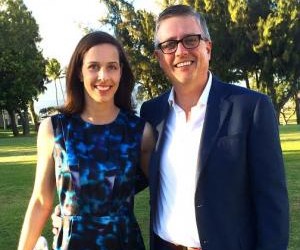 Jeff Luhnow’s wife Gina Luhnow is a big fan of Jose Altuve and the ‘Stros in general, based on her Twitter feed. I think about 90-95% of everything you’ll find there is her talking about the team and the players, and it often revolves around Jeff in some way. It’s interesting to see how often a general manager can be talked about as it relates to the team. I guess the guys behind the scenes really do matter.

The couple was married in January of 2012, and Gina was formerly Gina Hagopian living in Los Angeles at the time (where she was born). It was a hectic time, as she stated in an interview, after Jeff got the job for Houston because it was right around the time of their wedding, and while Jeff Luhnow’s wife Gina Luhnow started planning for their wedding, Jeff began living in a hotel in Houston and working as the GM. It still annoys me that American weddings take so long to plan, but I guess in America every princess has to have her princess day.

Gina described growing up in a family where her dad worked extremely hard as a businessman, and she says, “the harder Jeff works, the more inclined I am to do everything possible to keep his personal life happy and calm.”​ ​She’ll have to juggle keeping two people happy and calm now, because Gina and Jeff just had a baby boy in September of last year. His name’s Henry Luhnow. She still attends many of the home games with baby Henry though, and she’s taken a lot of pictures with him sitting next to his dad during the games. She calls them “the braintrust.” During the summer, Jeff’s kids from his previous marriage spend time with Gina and Jeff and occasionally go on road trips with Jeff and the team. Gina says if she’s not at a game, she’s watching it on television. That’s a pretty huge commitment for a sport that takes like 4 hours per game. 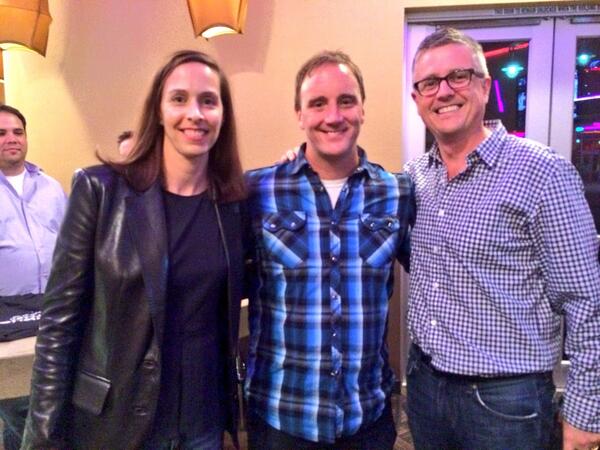