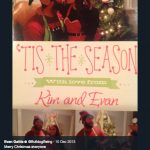 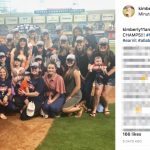 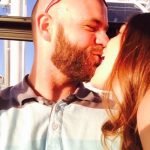 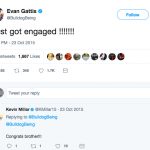 Evan Gattis’ wife Kim Gattis married him on January 14, 2017. The last time we checked in with the couple was October of 2015. A lot happened. The engagement apparently took place on October 23 of 2015. We probably just missed it. Since they waited over a year to tie the knot, you can bet the baseball season complicates things. When they finally did tie the knot, they chose a cool place to take a honeymoon. The couple decided to fly to South Africa and do safari stuff. Both of them shared their adventures on social media. Kim also showed a picture of the place they stayed in wine country in South Africa. The name of the region is Mont Rochelle.

The couple also traveled to the Cape of Good Hope, Victoria Falls, and toured the wild plains. Evan Gattis’ wife joined him in the Jeep while they watched wild elephants relaxing in a herd on those plains. You can hear Evan and Kim talking to each other in the video. Evan said it was his one of his favorite parts of the honeymoon. Apparently they also traveled to a place called Huntington Village to hang out with locals. All the children there had shaved heads like Evan. He felt at home and took pictures with them all smiling.

For fun, the couple smoke meat. Evan Gattis’ wife enjoys the fine smoked delicacies he smokes up in his huge smoker. It seems like something of a rarity since most guys choose a regular barbecue. I can only imagine what happened to the smoker after the hurricane hit Houston. I have no idea where exactly the Evan and Kim live, but I hope they made it through everything all right. Kim often visits her father in Scottsdale, Arizona. She likely took refuge there while the city flooded. 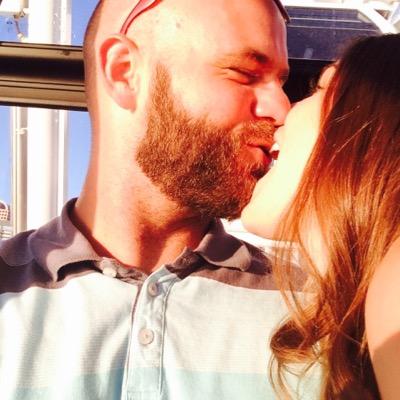