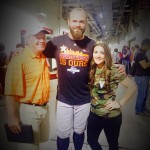 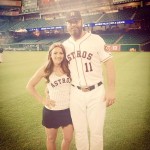 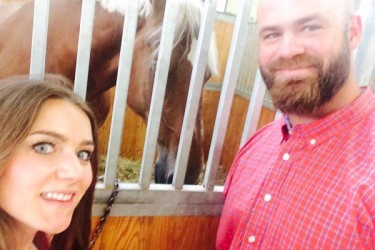 You would think a cute lady like Evan Gattis’ girlfriend Kim Waters would be perturbed by the beardness, but she’s found a way to cope. Evan Gattis sports a mighty beard, and I’m not trying to fade him, but I do get a little surprised when I see how cute his girlfriend is and then see him standing next to her. They’re still in the stage of the relationship before they’re married and having kids, and that means more freedom to travel, go to games, and do crazy activities. One of Kim’s favorite things is being in nature and spotting deer. She’s a big fan of Arizona, and I think the couple make it out there fairly often.

It could be that Evan Gattis’ girlfriend has a father who owns a home in Scottsdale. She described the home she took pictures at as “dad’s new home.” One of the more dreamy activities they’ve done together was hot-air ballooning. I wouldn’t be surprised if that was also an Arizona thing. Kim has a little bit of a hippie vibe sometimes when she starts tweeting hard about Walt Whitman. There’s a whole section of her profile where she’s trying to share her appreciation of the man, and it reminds us that player wives and girlfriends can be thoughtful and introspective too.

There’s also a constant eye on Evan and his goings-on with baseball for Kim. She makes sure to include a lot of stuff about his career in her profile. Evan Gattis’ girlfriend attends a lot of his games, and she retweets a lot of pictures and whatnot to support the team. She also travels to a lot of the away games and has learned to appreciate the many subtle differences between stadiums. She even showed love for Fenway Park and called it “America’s favorite park.” I have to appreciate that, being a Red Sox fan myself. Living in Houston would get a little boring if the only games you attended were your home games. That’s sort of the point of traveling around and seeing the other stadiums. Kim had her sister visit her during the summer this year and took a picture with them both in matching throwback Astros logos t-shirts. A little home fun, a little away fun. 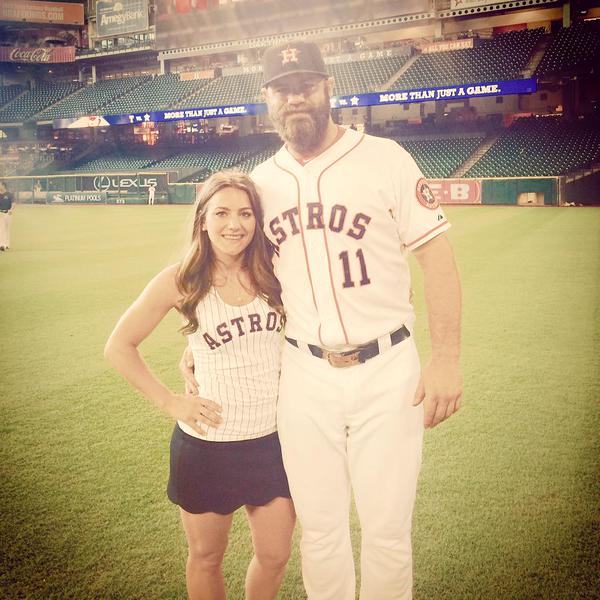