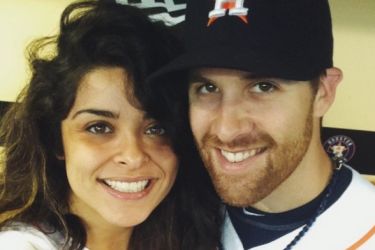 Collin McHugh’s wife Ashley McHugh is from the great city of Atlanta and is a professional graphic designer. I love how she describes herself from high school when the two first met. She said that she thought he was a joke, she wore black and took herself very seriously. She listened to Bright Eyes and “made paintings.” Then she says, “I was insufferable.” They were never really dating in high school, though they did one of those increasingly common reconnection moves in college through Facebook. By the time they were 22, they were married. It took a only a few weeks for them to confess their love for one another. What a couple of saps, ‘ey?

The real deal about Ashley is that she’s one of the top “font people” in the country, based on what I’ve learned about her. More specifically, she specializes in calligraphy for custom invitations and banners and anything that needs pretty lettering. Her business seems to be very successful. Collin McHugh’s wife not only operates the graphic lettering company, but she runs workshops for calligraphy and owns her own printing shop. Personally, I love anything creative and visual like this, so I’m a big fan of her just based on that. I love everything she posts on her social media, so we really need to let you take a look at her work. If you’re not exactly up on visual font design and lettering, trust me when I say this lady has a knack for making stuff that pops off the page.

Between the two of them, I’ve got a pretty solid read on the dynamic of this couple. Collin McHugh’s wife Ashley is the artist of the relationship, and Collin is the hipster. That is– Ashley is the creative one who actually creates stuff, and Collin is the creative type who doesn’t actually create anything. He’s really into all the cool stuff she makes and has a hidden creative side himself. Because of career as an Astros pitcher. He’s always talking about stuff that creative people talk about (like reading Dostoevsky and listening to an eclectic mix of obscure musicians) but he’s basically too busy to really pump out anything other than strikeouts. His personality seems to be fun-loving and imaginative. 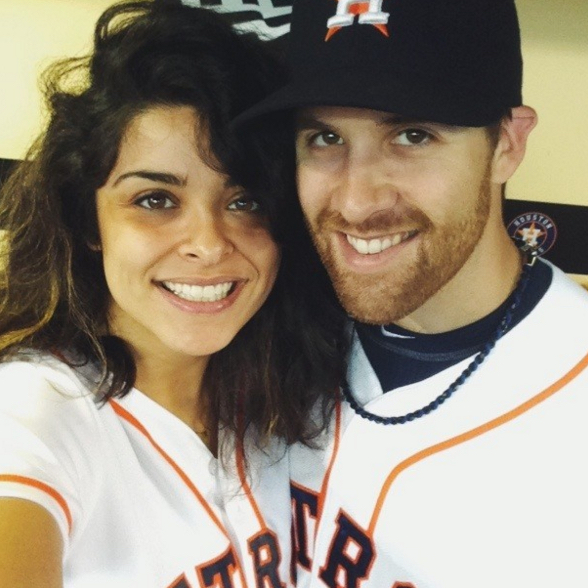