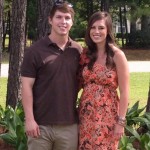 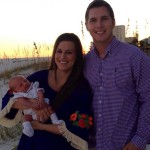 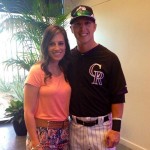 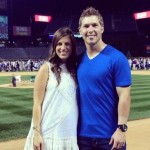 Corey Dickerson’s wife Beth Anne Dickerson just gave birth to their son Davis in October of last year, and there was a story run on the Rockies’ home page about how it impacted the couple’s lives. It was pretty much a big puff piece, but it talked about the birth of their child has given Corey balance in his life. Apparently Beth Anne gets breaks from changing Davis’s diapers, and Corey steps up to do the job.

The couple live in Mississippi, and it was only in 2012 that Beth Anne graduated from Mississippi State University. She’s really full speed ahead on the marriage and motherhood thing, I guess. She got married a few months after she graduated, and the wedding took place in Mississippi as well. I’m sort of surprised there’s no big religious interests on her Facebook page other than her church, and I like that she’s got a lot of compassionate groups in her interests. She seems to also be a big shopper and is into vintage clothes. The couple recently had the honor of being the in a convertible and driving through Corey’s hometown parade with Corey as the Grand Marshall. It’s an honorary title meant to show how proud the town is of someone. Corey Dickerson’s wife Beth Anne Dickerson was there in the convertible smiling and holding their son.

The two of them also attended a community outreach event called Legends for Youth Dinner in November of last year. My guess is it’s a fundraiser to help raise money for kids sports or something along those lines. Beth Anne was looking particularly photogenic in the pictures, having just given birth and pretty much fully recovered. Corey Dickerson’s wife Beth Anne Dickerson also traveled to a pumpkin patch with their son and Corey in late October of last year, and my guess is that they were stocking up on Halloween pumpkins. 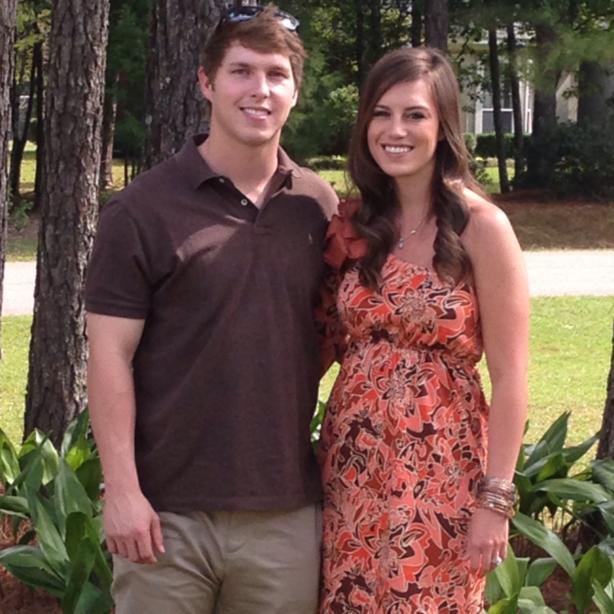