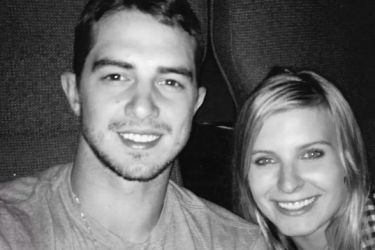 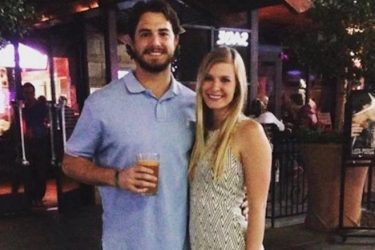 Ryan Merritt’s girlfriend Sarah Brushaber sounds lovely and slightly unprepared for the MLB spotlight. A bunch of people bought them items off their wedding registry following Ryan’s ALCS performance. She said she it was “the last thing we expected.” After the win, her father told her people bought gifts for them. She asked her parents if anything showed up. They scheduled their wedding for January. Since the registry incident, Ryan and Sarah talked to local Cleveland news. Sarah sheepishly joked that Ryan does all the cooking in the relationship. She teases him, and he laughs and says “no!”

Sarah did not expect something like this from baseball fans. However, it does not surprise me at all. Ryan Merritt’s girlfriend said yes to his proposal while they were climbing on some rocks on vacation. He was wearing a t-shirt, and she was in a red tank top. Surely the proposal surprised her. In the interview, they strike me as simple, sweet people. Sarah describes the initial form of their registry as “the bare essentials,” complete with an eight-dollar toaster. Trust me, you don’t want to own an eight-dollar toaster. Firstly, it’s likely dangerous, and secondly, it will break within a year. Both Ryan and Sarah look shy in the interview, but it’s charming.

Ryan said Clevelanders are “so nice, so supportive.” Well, buddy, that’s what happens when you win. If you get unlucky or unfocused or you simply stop winning, we’ll see if they keep buying you presents. Sarah mentioned “it’s just cool that they care about Ryan’s personal life.” Trust me, Sarah, they do not. They care about the vicarious glory they feel when Ryan’s current team wins. Ryan Merritt’s girlfriend is enjoying where they stand in the world of professional sports right now, certainly. Times can be very hard for many young baseball couples, though. I hope they have a great wedding and appreciate the good times! 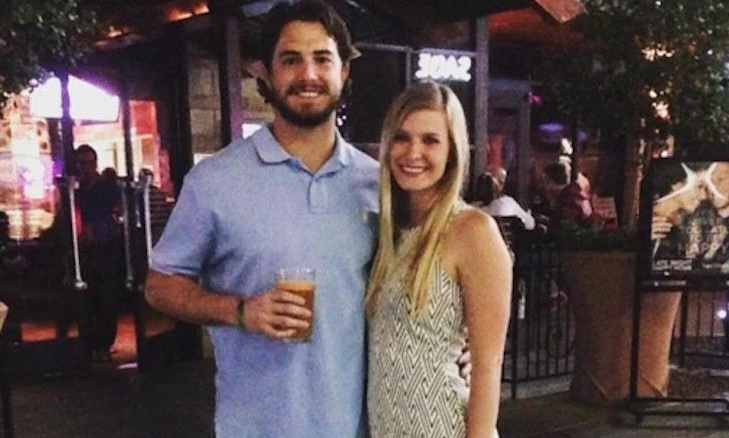