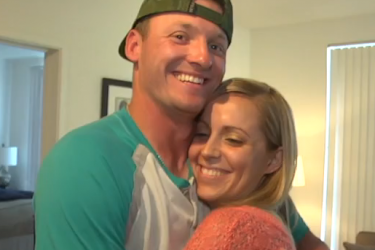 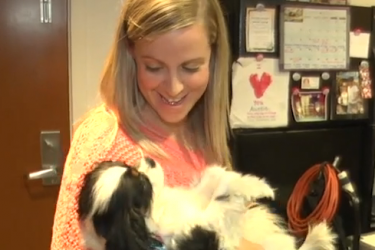 Josh Donaldson is the newest member of the Cleveland Indians. And with that his new home town fans beg the question, who is Josh Donaldson’s girlfriend?

Now, this one is a little different.  First off, we didn’t know that Josh and Jillian Rose had split up.  But apparently they’re a thing of the past.  More on her in a minute.

But, what’s catching us off guard is that Josh Donaldson’s girlfriend Briana Miller allegedly caught him with another girl recently. According to Terez Owens, Briana walked in on Josh with Blue Jays reporter. Now, no parties confirmed this and the story fizzled out without much more fanfare.  Likely an unfounded rumor by this point.  Generally, athletes and their girlfriends do not make statements about this type of thing on social media. It’s not unheard of though. You will see vague things like “learn to forgive” on occasion, however. This is basically what Briana did. She put up a message recently that said “continue to grow and continue to forgive.” Is it about her and Josh? Who knows. The idea is that forgiving someone takes away their power to do you harm.

Anyway, we will assume Josh Donaldson’s girlfriend continues to stand by him. So let’s talk about Briana and her day-to-day life. Briana shows up on her friend Danielle’s YouTube page. Danielle received over 10,000 views on the platform for a video about hair curling. Briana appeared in the video to talk about how she styles her hair. Yes, Briana’s hair is very curly. The video is fully rehearsed.  Do what works for you!

In September, Josh Donaldson’s girlfriend posted a commentary on social media about women. She said it’s far too often she sees women judge one another. She also catches herself doing it too. Briana continues and says women are programmed to believe they must all fit into a cookie cutter mould and they all compete for perfection. She says women are all different for a reason. It’s nice to see she appreciates variety. She seems like a nice person. Brianna navigates and curates her social media fairly well. We hope things work out with her and Josh.

Jillian Rose is a sweet girl, there to support and encourage her then boyfriend.  But, she’s not the sweetest lady in the house. That honorable title would go to little Rose– the King Charles Spaniel that requires daily belly-rubbing. Based on the video just released by MLB.com, this dog is a star. She was featured prominently in the brief portrait about Josh and his life in the big city.

Josh’s girlfriend Jillian was somewhat shocked when she first encountered Josh’s first introduction of the “Donaldson”– a mohawk with a long rat tail in the back. She told the story last year. Apparently he had tried to cut the mohawk himself, started screwing it up, and then got a celebrity hairstylist to finish off the job. She said she talked to the hairstylist’s girlfriend and joked about it. The hairstyle itself was nothing too outlandish, but the rat tail is a little gross (at least to some). I wonder if it would be possible for the “Donaldson” to go mainstream?

The couple appears to have split sometime in 2017.  It’s unclear exactly when or why. 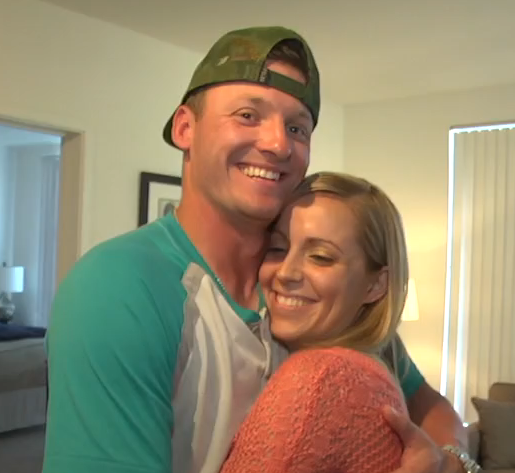