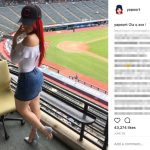 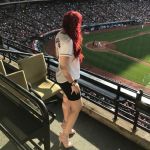 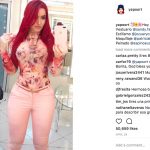 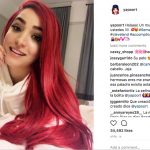 Edwin Encarnacion’s girlfriend Karen Yapoort said yes to his marriage proposal in February of 2017. We noted he signed a huge deal with Cleveland shortly before the proposal. I mention this because it affects one important thing: rock size! I joke, of course, but yes diamonds do not come cheap. Anyway, this guy is a cool dude. He set up the proposal like a pro romantic. Mr. Encarnacion laid out a bunch of rose petals on the ground and arranged them into a message. The message said “marry me” in Spanish. Professional romantics, this is how you do it. He shared a picture of her on the ground looking elated because that’s just part of post-proposal tradition on social media.

I believe Karen is an actor. She posted a trailer for some sort of Spanish television show. Its also possible that it’s a web show. I’m not entirely sure. It definitely is a comedy, though. The nature of the trailer is very goofy, fun, and upbeat. Karen also runs a modeling academy. From what I can tell, she organizes, orchestrates, and advises young models. She herself is fairly famous, in the grand scheme of social media. Edwin Encarnacion’s girlfriend retains over a million followers on Instagram. That’s pretty intense.

Miss Yapoort also posted a specific bit of advice about plastic surgery and body enhancement. Essentially, she recommended a specific one and told women to always look for a certified doctor with a lot of experience and reviews. It sounds like great advice to me. I need a little work done on my chin fat so Edwin Encarnacion’s girlfriend helps me out. Visually, Karen’s red hair really stands out. I think it’s difficult for women to get it so deeply red, but it looks fantastic with her skin too. When she was 16 years old, she started her modeling career. She mentioned she didn’t have breast surgery yet, didn’t change her nose, and she didn’t have the trademark red hair! Red hair rules! 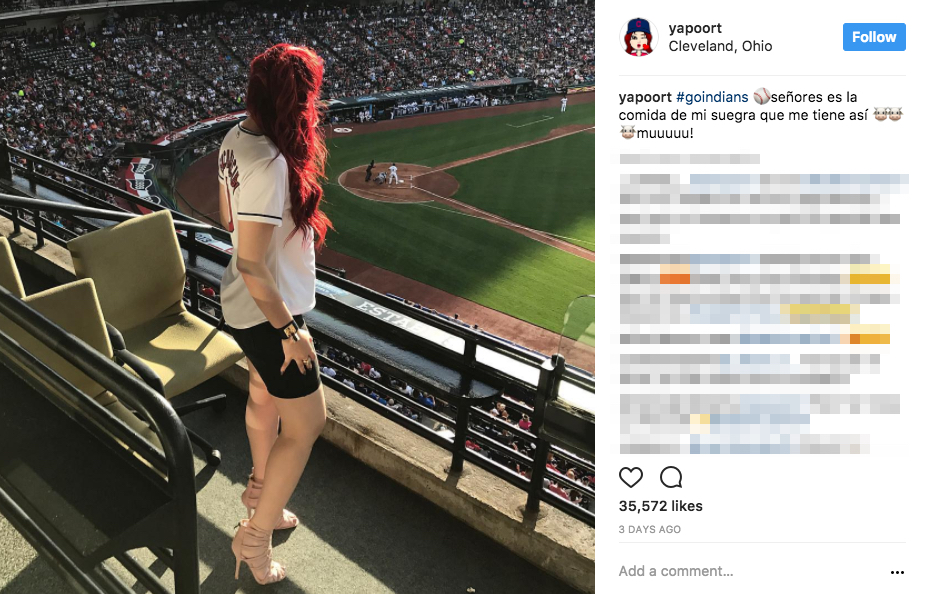