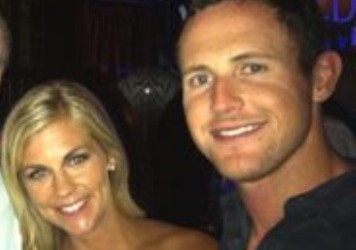 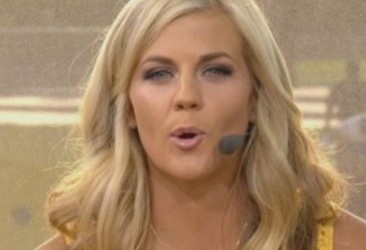 Geography-wise, it adds up. Stubbs went to University of Texas and now hails from Texarkana. Steele, who also works for the Longhorn Network, moved to Austin after landing that role. And then there’s the rumor mill. The two were spotted hanging out together at this year’s ESPYs and again later in the year at a Cincinnati Bearcats football game. TerezOwens.com is reporting a fellow ESPN colleague confirmed Stubbs and Steele are indeed dating.

Stubbs’ career to this point has been somewhat disappointing, as I’m sure most Cincinnati fans will agree. He was can’t miss five tool prospect who so far has struggled at the plate, especially with strikeouts (he led the majors in 2011 and added another 166 this year while batting a dismal .213). On the other hand, Steele is an up and comer at ESPN, replacing Erin Andrews on Gameday after Andrews departed for Fox Sports. From a career standpoint, they are certainly headed in opposite directions.

If Stubbs and Steele are truly dating, it’s not surprise they are keeping it on the down low. ESPN (or The Mothership as Dan Patrick lovingly refers to it) strongly prefers that their on-air talent not date athletes. They do allow exceptions, as was the case with Michelle Beadle and Matthew Barnaby, but those are few in far between. So while it’s not out of the realm of possibility the alleged couple comes out publicly, it’s highly unlikely. But we’ll be sure to let you know. 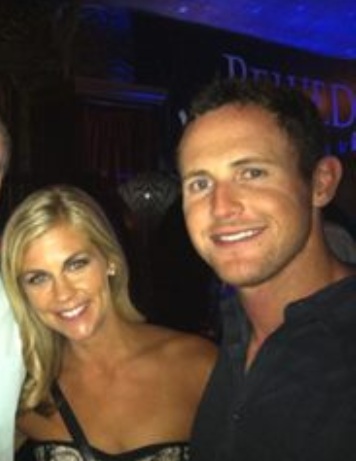