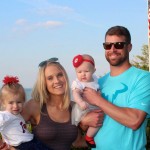 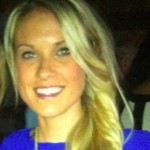 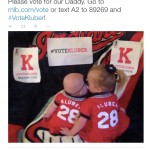 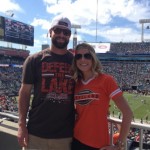 Corey Kluber’s wife Amanda Kluber is definitely proud of her Cy Young award winning husband.  But, I still doubt it gets him out of baby duty at night. In my experience, almost nothing gets a man out of baby duty. Granted, I’m not a professional athlete. But very few things in my life qualified in that regard.

Corey Kluber’s wife Amanda gave birth to the couple’s second child just months before Kluber kicked off his 2014 Cy Young campaign. And Amanda knows exactly how to tug at the voting public’s heart strings. When Kluber was nominated for the final AL All Star spot in July, Amanda took to Twitter to use their children to beg the public to vote Kluber to the All Star game. Now ultimately, it didn’t work, but you can’t blame a gal for using what’s at her disposal.

Corey and Amanda Kluber run Kluber’s Kids. It’s a non-profit outreach program in partnership with The Cleveland Clinic. It’s described on the Indians website as:

On Wednesday home games, Corey Kluber and his wife, Amanda, will host a child from Cleveland Clinic Children’s. As part of this program, the child and his or her family will watch batting practice on the field, receive Kluber jerseys and watch the game that night from the Club Lounge. On special occasions, guests will watch Kluber throw a bullpen session in the outfield.

Amanda Kluber moved to Cleveland from the family’s Jacksonville home in 2014. Corey Kluber’s wife Amanda is originally from the Northeast.  She tweeted support, referring to Boston as “back home,” following the marathon bombing tragedy. One might be able to point to some home stability to help Kluber become the best pitcher in the American League. In various interviews Corey acknowledges there’s never really a break from mom duty for a traveling baseball player’s wife, he relishes the time he’s home with the family.

But, despite it all, Corey and Amanda find a way to carve out time for Game Of Thrones every week, telling Cleveland.com

I’m a big fan. My wife Amanda and I try to set aside sometime every Sunday after the girls go to sleep to watch. The Red Wedding was intense. I didn’t see it coming. Lonnie Chisenhall has read all the books so he knew, but I had no idea. I would like to say Tyrion is going to make it, but they kill off every main character. You’ve got to put your money on that. 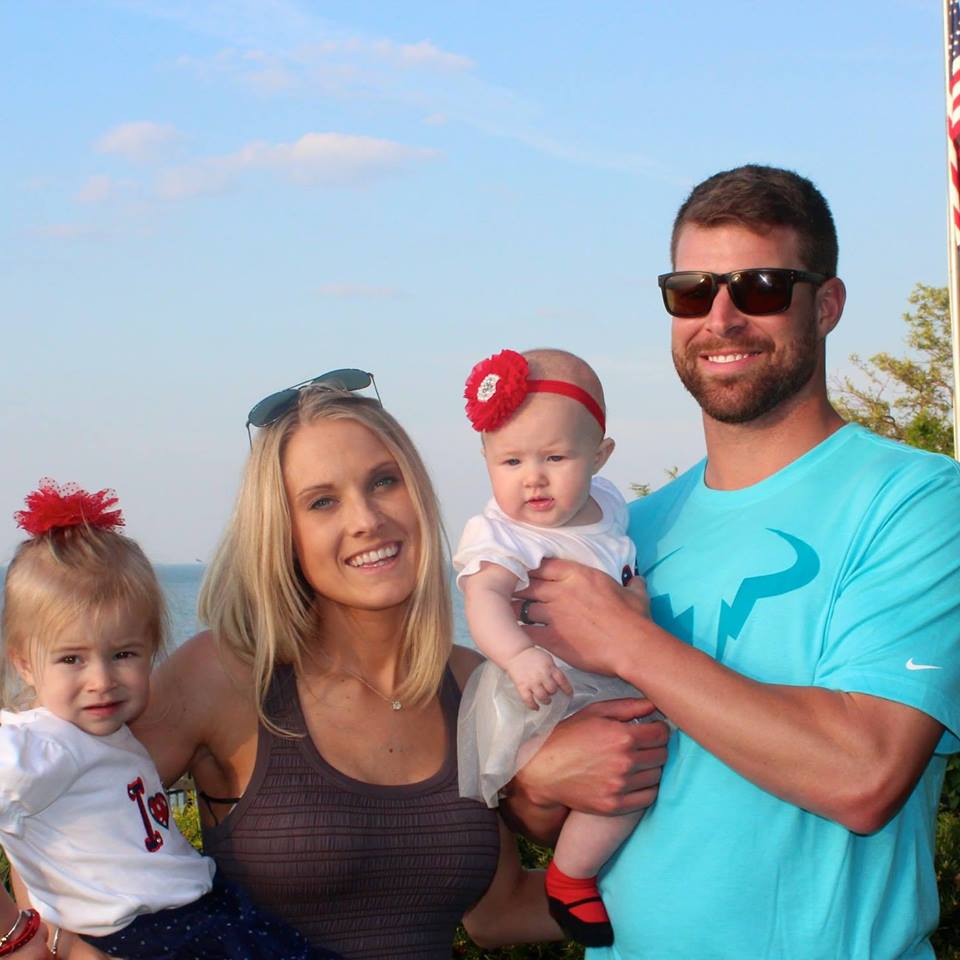