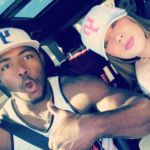 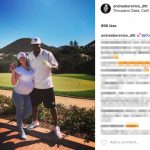 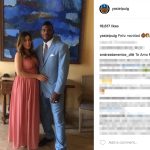 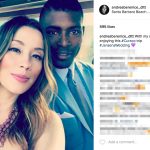 Yasiel Puig’s girlfriend Andrea de la Torre is the mother of their sons.

Two boys in just about a years time in fact

Andrea gave birth to Daniel in early 2017.   He arrived a week earlier than expected, but she said the birth was basically a piece of cake. She introduced him to the public on social media and said she’d always protect him and love him. Andrea seems to love her new motherhood role. The couple went golfing in beautiful Thousand Oaks, California a a short week before she gave birth. At least, she attended the golf outing; I’m not sure she swung a lot of clubs.

In August of 2017, the couple held a gender reveal at Dodger Stadium later that summer.  Puig teed off on a smoke filled ball revealing the baby boy blue, to add a third kid to the lineup.

Yasiel has another son from a prior relationship.  In 2017, before the arrival of kiddo numero tres, he talked about his kids as motivation

My motivation is my new son — I already have a 3-year-old, Diego Alejandro — and now I have my baby boy Daniel Sebastián. But it’s not just my family.

Back to Yasiel Puig’s girlfriend & life before multiple kids!

In October of 2016, Yasiel Puig’s girlfriend accompanied him to the lovely island of Curecao for some rest and relaxation. The trip also served another purpose since it was a friend’s wedding. The couple own a German Shepherd named Duke whom Andrea occasionally posts pictures of. Another interesting picture Andrea posted in September of 2016 came from California. She visited some kind of sports memorabilia shop and held a signed Babe Ruth baseball from 1939. It wasn’t even in a plastic case! It was a cool little photo opportunity. This couple does a lot of cool stuff like that, and hopefully they will be able to continue to even with a young baby.

Around the same time as the baseball picture, the couple traveled to Catalina Island for a break. Yasiel Puig’s girlfriend thanked the company that flew them there. They used a helicopter for easy access. You’ve got to admit- that’s a classy way to travel. It’s also a classy move for Andrea to thank the guy who orchestrated the flight. They both love to travel around California, and Malibu is another favorite destination. Naturally, Andrea goes with Yasiel to all the gala events and charity events the Dodgers organization puts on. That also included the Blue Diamond Gala in June of 2016. 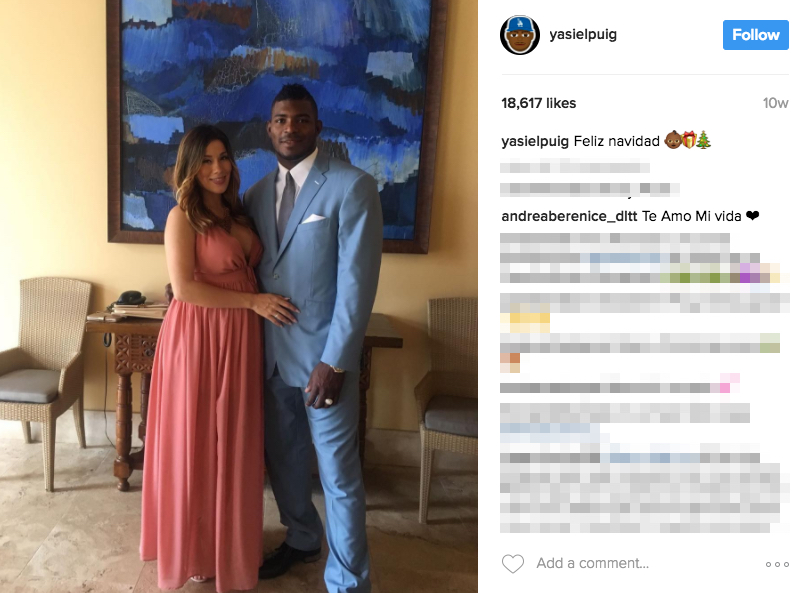