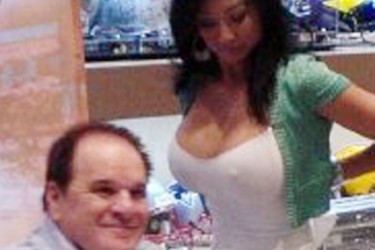 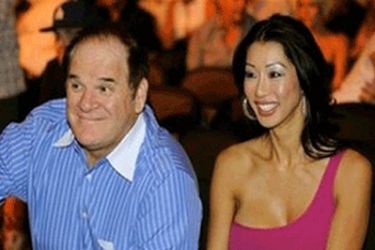 Thank you to Howard Stern for introducing the world to Pete Rose’s to-be-Playmate girlfriend. In the almost hour long interview, the happy couple touched on a number of topics, including:
-Kiana’s resume as a model, and her to be released Playboy spread. Howard described that Kiana had “perfect nipples”
– They met at a Mercedes Benz dealership and were introduced by a mutual friend. After Kiana found out who Pete was, she asked him to make an appearance at her hair salon. They have been dating since that appearance.
-It took Pete a full month to get into bed with Kiana
– More graphic details included Pete’s size (big), whether they use condoms they don’t), how Pete is as a lover (apparently orally skilled and very unselfish), and grossly enough, where Pete finishes (jokingly said the wall behind their bed).
– They described the frequency of their sex life (multiple times a day when they are able to see each other, and also claimed that it once happened three times in one hour).

In the most uncomfortable part of the interview, Howard demanded that Pete pop the question to Kiana right then on the show. After artfully deflecting from and dodging the question, Pete ultimately declined, but not after Howard told Pete to be careful, because every man dreams of being with a woman like Kiana, but never gets it. 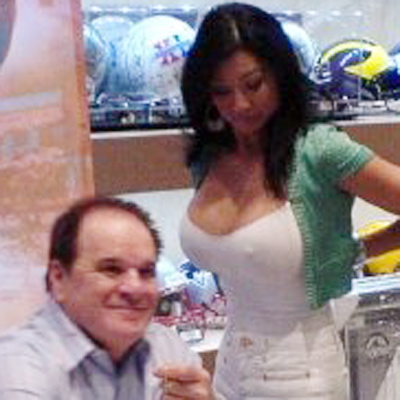