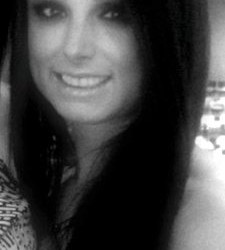 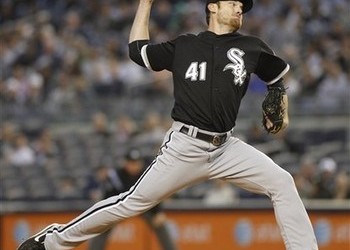 04/24/2012: The perfect week continues. Philip Humber has left the White Sox on the MLB sanctioned paternity leave as Kristan is going into labor. Congratulations to Philip for the best week I’ve ever heard of.


04-22-2012: The day after Philip Humber threw the 21st perfect game in MLB history and we threw up some quick information about his wife, Kristan Humber, some more information has come to light. As it turns out, Kristan was watching the game, but wasn’t in the stands. She had good reason for that, as she’s only weeks away from her May 8th due date. The couple’s first child will be a boy, who they plan to name John Gregory Humber.

Philip Humber’s wife is Kristan (Jamison) Humber. Kristan likely watched his perfect game today with quite a bit of apprehension. You see, she has seen him struck in the head by a line drive while she was in the stands – twice. Most recently in an August 2011 game, Humber’s wife was in the stands when a Kosuke Fukodome line drive struck Philip directly in the head. He wasn’t so concerned about himself, far more for his wife:

He ended up being just fine, but Philip had good reason to suspect his wife might be a wreck. Not even a year prior to that game, while playing for Class AAA Omaha (a Kansas City Royals farm team), Humber was again struck by a line drive. But it was much, much worse, to the point where he needed 18 stitches. Even worse, his wife was in the stands to see it. As he tells it,

“It hit me [on the right side of my mouth], and I lost consciousness, so I was down. I was swollen and had blood all over and didn’t know what was going on. They carried me off the field. But I pitched nine days later.

So while Philip Humber’s wife Kristin was likely pretty excited at the prospect of seeing her husband toss the 21st perfect game in MLB history, we’re guessing that she was also a bit nervous at every swing in the process – especially if she was in the stands.

Anyway, Philip and Kristin were married in November of 2007 in Texas. And that’s about all we know so far. 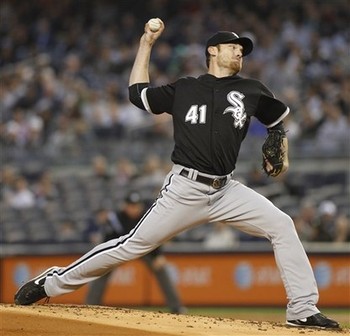