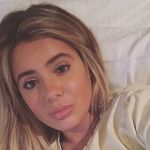 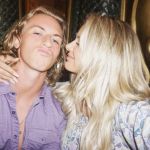 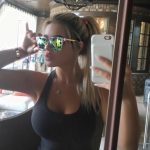 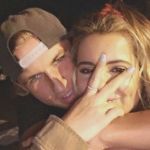 Brielle Biermann is the daughter of Kim Zolciak. Kim was one of the cast members on the original Real Housewives of Atlanta. As you might expect, the young girl doesn’t have much to say other than “look at me,” and “I like Chickfila.” Call me crazy, but her conversational skills are very likely not the reason Kopech’s dating her. She’s very hot. She knows it too. Brielle has an unnatural obsession with the Snapchat “dog ears” setting. About a third of her pictures are selfies and videos with her wearing the dog ears and muzzle.

Brielle recently posted about a product that keeps her stomach from bloating and promised all the ladies that follow her social media that she’d tell them if it worked or not. It’s possible that it was a paid advertisement since Brielle could probably start putting up promotions now that she has over 700,000 followers on Instagram. She has mentioned the product several times in her feed.  #FitTea

Brielle has a best friend who’s a guy. I can’t imagine what torture that must be: “No, Brielle, don’t worry. I’m not physically attracted to you at all. We’re besties!” Brielle also mentioned that he’s single to all of her female followers. There’s always funny comments about “a moment of silence for our fallen brother in the friend zone.”

Things didn’t seem to pan out exactly as planned with his reality TV star girlfriend.  The two split n March 0f 2018.  But, fear not folks, because the flamethrower has moved on, quite successfully might I add.

Enter Vanessa Morgan.  Vanessa Morgan is a Canadian actress, most notably known for her part in the TV series, Riverdale.  The buzz took off when Vanessa took to her Instagram stories with a picture of them having a picnic.  Captioned with “Picnics + him,”along with the red heart emoji and a heart eyes emoji.  If that ain’t love in 2018, I don’t know what is.

Before being called up to the Show, Vanessa went above and beyond in her role of girlfriend, attending his AAA games with the Charlotte Knights.  That’s a keeper right there.  Upon the day of his Major League debut, Vanessa wished him well, with the following

To the hardest worker I know. No one deserves this more than you. You’re gonna kill it pitching for the Chicago @whitesox and can’t wait to be there to cheer you on. ⚾️♥️ @mikop34 📸: @laurawolffphoto 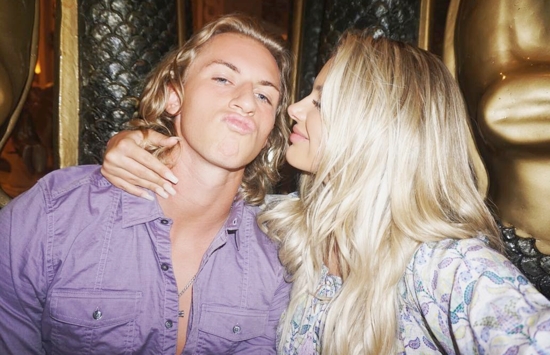