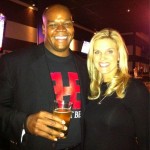 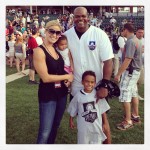 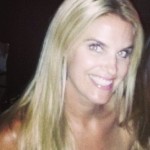 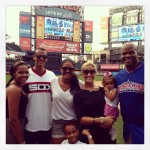 Frank Thomas, The Big Hurt. This guy was one of the best baseball players of the 90’s. Frank Thomas’ wife Megan Thomas has had two kids with the man, and she’s not shy to show them off on twitter. Frank is going to be inducted into the Baseball Hall of Fame in about a month. This is a pretty significant induction because, along with Greg Maddux and Tom Glavine, it marks only the second time in the history of the Hall of Fame that three players will be inducted in their very first year of eligibility. In case you’re wondering, the other time was Nolan Ryan, George Brett, and Robin Yount back in 1999. Craig Biggio missed the cutoff this year. Sorry, Craig– maybe next year.

If you look at Frank Thomas’ numbers from the 90’s, it’s easy to understand why he’s been elected. He was a consecutive MVP in 1993 and 1994, hitting .317 and .353 with 41 and 38 homers, respectively. Over the course of 19 years, he was able to keep his lifetime batting average at .301, and he had 521 home runs and 2468 hits in his career. From 2001 to his retirement in 2008, he was kind of lackluster. He started petering off just as everyone else was injecting bodybuilder-size rations of steroids into their guns. Thomas is notable as one of the guys to speak out against the use of hormones and steroids as early as 1995. He was the only active player to be interviewed for the Mitchell Report, according to Wikipedia, and he did so voluntarily. I do believe him that he never used steroids, as he claims. I remember one year back in the late 90’s when steroids became a thing, and out of nowhere Brady Anderson somehow became a guy that hit 50 home runs in a season. It’s so obvious what was going on. Look at Brady Anderson’s career stats, and you’ll see a guy who hit 15-20 home runs per season, and then you’ll see a guy who became Mark McGwire for a season.

Frank has also started a beer company called BHB (Big Hurt Beer), and his wife frequently posts pictures of people guzzling the stuff on her twitter. Megan seems like a fine, caring wife and mother. Frank also began a stint as a baseball analyst this year. Always nice to hear commentary from some of the best. 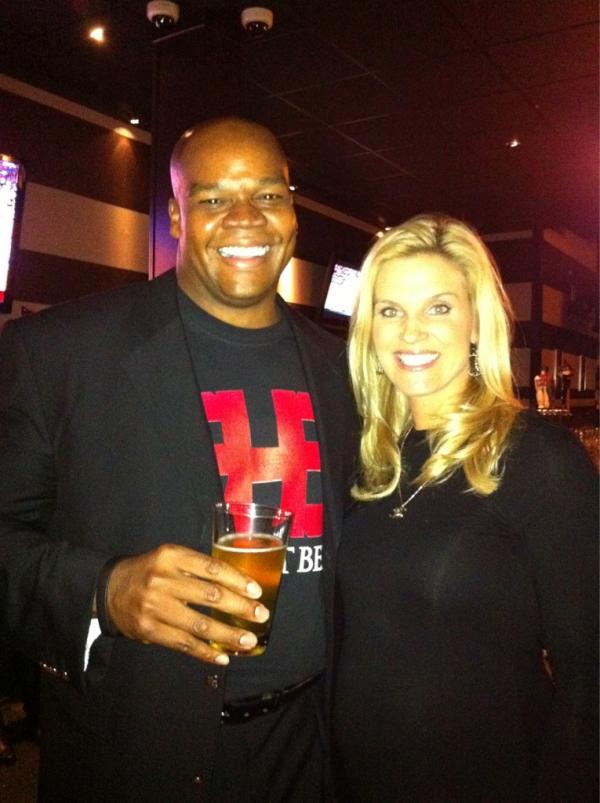