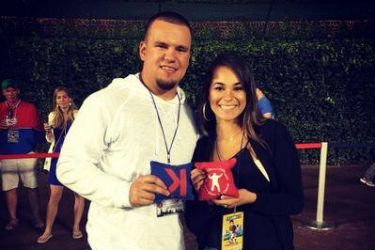 Kyle Schwarber’s girlfriend Paige Hartman is an Ohio native and big time Cubs fan, as one might expect. Firing automatic weapons at gun ranges is another one of those things that the Schwarbinator enjoys, and so Paige is not entirely unaccustomed to such activities. Additionally, charity events are very common between Kyle and Paige. It’s not just because the league makes their athletes go to these events either. Kyle and Paige do a lot of charity events, especially for kids with cancer. I’ve seen Kyle visit kids in hospitals, play wiffle ball with kids, and I’ve seen his girlfriend Paige get together with other Cubs wives in support of battling cancer. That’s always nice.

Another one of those great events that Paige took part in was the Jason Motte Foundation “K Cancer” night. It’s just various fun nights and activities where people get together and raise money to support cancer research. As I mentioned earlier, Kyle and Paige are big into supporting this cause. Aside from going to the stadium for these types of events, Paige is there as often as she can be to see Kyle do his thing at multiple positions. Going to games and seeing your boyfriend on a pro baseball team is a big deal. Give Kyle Schwarber’s girlfriend a few more years and I’d expect a few kids to be thrown in the mix. Bringing kids to the game can be a fun time too, as we’ve all seen. 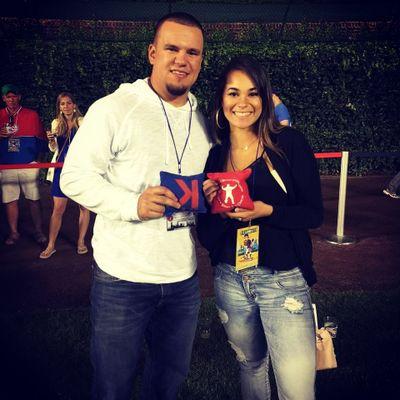