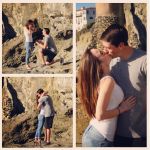 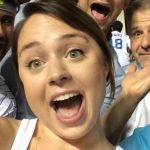 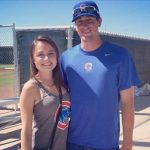 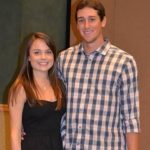 Kyle Hendricks’ girlfriend Emma Cain is engaged to him and will be getting married soon. She recently shared a picture of her laying in bed with Kyle’s cat Max. She pleaded with her followers not to shop for their pets. Instead, she asked people to go to local kill shelters and adopt them. I have to agree it’s good advice. She mentioned the cat comes when she calls him. Hey, sometimes you get lucky and get a good cat.

Emma lives in the beautiful city of Chicago. They own a dog named Milly who looks to be some kind of weird Pug mix. She’s cute though. Kyle Hendricks’ girlfriend shares a lot of music picks on her social media. I personally like a good recommendation now and again. Emma also shares her love for Michael Jordan. She’s a big basketball fan and even collects Jordan sneakers. A few years ago she was in a sneaker store posting about how she wanted to buy some Air Jordans from the early 90’s. Kyle and Emma originally met in 2011. I know this because she sent him a Valentine’s Day message on social media in 2014 and said she was lucky to have him in her life for the past three years.

From what I can tell, Kyle Hendricks’ girlfriend Emma graduated from nursing school recently. She’d been studying for years prior. But, Emma’s originally from the lovely state of Washington. Her dad is a big fan of Washington University, and she shared a video of him running in the streets with a giant “W” flag. Consequently, Emma herself is a simple girl who enjoys the simple pleasures in life. Her bed, her cat, and French press coffee are her favorite things. Back in March Emma took a road trip to Sedona with some of her best friends. They rented a pink Jeep and did some off-roading. But, coming back to Chicago to see your baseball player fiance and cat is a good follow-up. 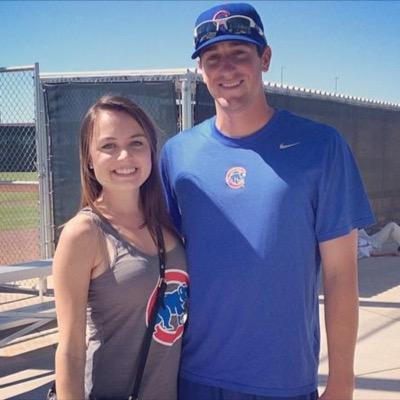