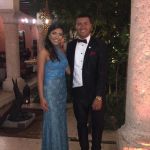 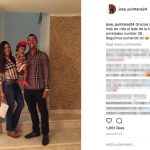 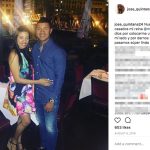 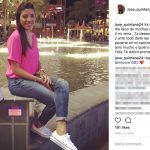 Jose Quintana’s wife Michel Quintana gave birth to their daughter in 2016. They named her Ariadna, and I like the name because it has a Latin flare. Michel herself is now studying to earn her degree in psychology. When 2017 rolled around, the couple posed for a photo with Ariadna and wished everyone a happy year. They did the same at Christmas, and both pictures came from their home. It appears they live in a condominium in Chicago. The place looks like a lobby because there is no wood. It’s all tiles. Hey, not everybody likes wooden floors!

They actually christened their daughter about a week before Christmas. The ceremony also took place in Chicago. December 2016 was busy for them because they also attended a friend’s wedding. Jose Quintana’s wife looks amazing in long dresses, and she wore plenty of them that month. They traveled to warmer climates in October with Ariadna and enjoyed some beach time. When they hang out in Chicago, they sometimes take the boat around the lake. On one such occasion, Jose took a picture with Michel and took the opportunity to tell her she loves her he looks forward to many more weekends filled with love and friendship. Quality husband points scored!

2016 was the first year they spent married, and Jose thanked God he met Michel in a dedication in August. He told her he feels thankful for giving them so many blessings. In fact, Jose Quintana’s wife must feel lucky to have a dude who lets her know how he feels about her so often! His social media is filled with dedications and little notes to her. It appears he puts up a picture of them together once every couple months. He clearly loves Michel very much, and they appear to be very happy with their new life as parents. 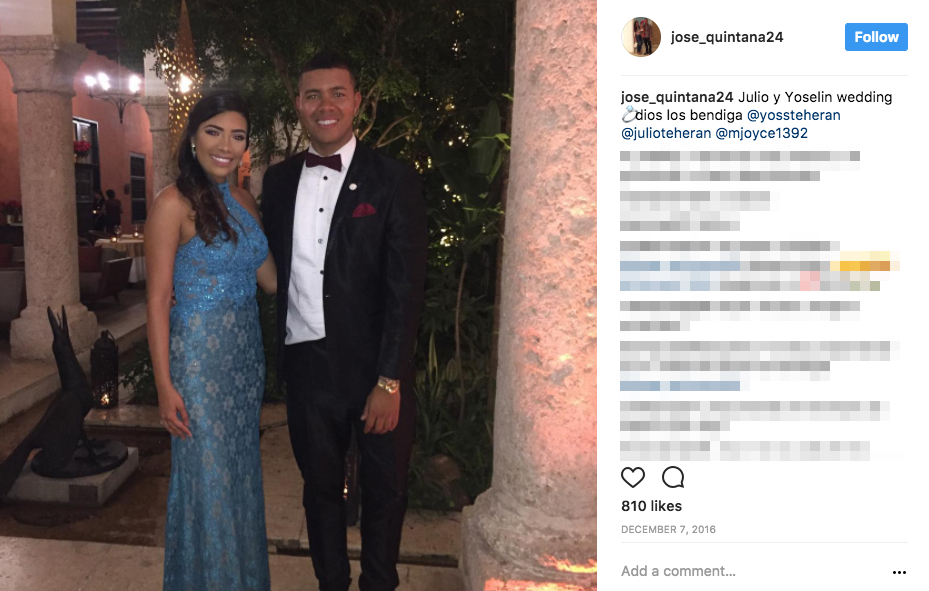